10 Best Okavango delta facts – The Okavango Delta is one of the famous places in Botswana that hosts majestic wildlife densities and one of the great places for the water based safari tours. It is one of the extremely fascinating places to explore in the country of Botswana. Some of the unique facts about Okavango delta which you did not know include;

Okavango delta was declared a UNESCO World Heritage site on the 22ndJune 2014. 0kaango delta is one of the largest inland deltas on the universe and it doesn’t not flow in the least major Delta systems. Okavango delta is a home to the Okavango River which normally floods in the dry season. In the Okavango Delta you will encounter with unique endangered wildlife animals such as wild dogs, white and Rhinos, cheetahs and lions.

The Okavango Delta was named a natural wonder of Africa due to its true facts that are not difficult to understand. Other natural wonders in Africa include the great wildebeest migration, Sahara Desert, the Red Sea coral reefs, the safari desert as well as Mount Kilimanjaro.

The Okavango Delta is home to over 150,000 islands where others are tidal and small about 10 -70 kilometers long and 14 kilometers wide. In the private hunting reserve of a chief is great place to spot amazing wildlife in the Okavango Delta. The delta has got elegant luxury safari lodges and camps.

The Okavango Delta is one of the safari destinations that you explore and feel the sense of wilderness and remoteness. This has been possible due to the fact that the Botswana government has put restriction on the number of tourists and camps in the region. Therefore it is unusual that you will find the area overcrowded and there is minimum noise from vehicles to distract the animals’ activities in their natural environment.

The Okavango delta is a haven place for bird lovers and it home to over 400 various bird species which survive in this wetland. Some of the bird species found in this region include the African fish Eagle, the Hammerkops, the lilac-breasted roller among others. Some of the rare endangered bird species include the Pel’s Fishing owl as well as the slaty egret. Bird watching experience in the delta is done on foot from the point of the Mokoro.

The Mokoro is one of the traditionally dung out canoe which is normally used by the great fishermen in the delta. A number of the safari lodges and camps offer the Mokoro ride experiences to all interested travelers. On the canoe experience, you will get a chance to spot some tidal creatures which you were viewing from far.

The Okavango delta is home to about five ethnic groups which include the Dceriku, Wayeyi, Hambukushu as well as the Bugakhwe group.  The two groups are traditional hunters and Bushmen whilst the three groups are fishermen, farmers and hunters. 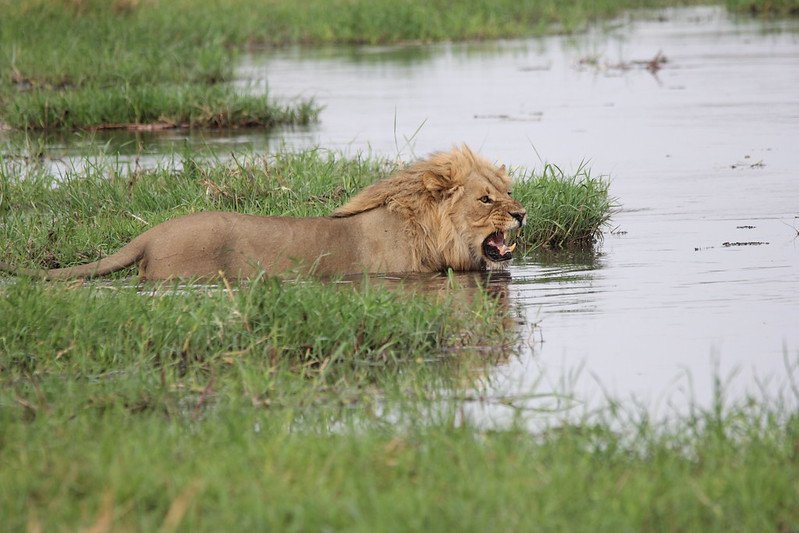 The Delta is rich in a diversity of wildlife which makes it one of the great wildlife viewing destinations. Wildlife that is found in the delta includes the hippos, elephants, lions, rhinos, giraffes, brown hyenas, leopards, wild dogs among others. The most common animals in the delta are the thousands of Lechwe.