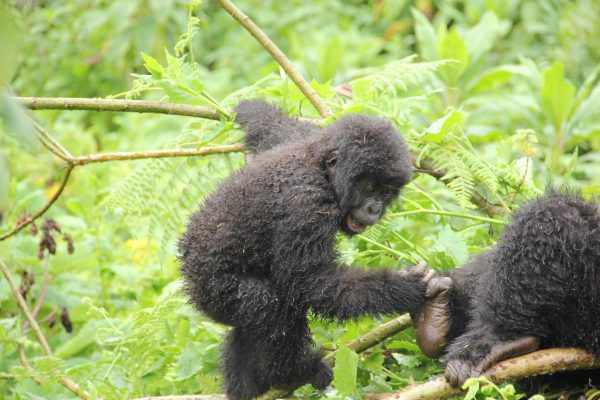 Uganda gorilla trekking best time to go – Uganda experiences two dry and two wet months in a year but gorilla trekking can take place any months of the year depending on the client’s choice. Most visitors love the drier months of June to September and December to February when the environment is favorable and therefore it is the best time to visit mountain gorillas in Uganda.

The parks are less crowded and accommodation facilities are put to a lower cost due to the few visitors in the parks in the low seasons of the year. This is the best time for budget visitors in Uganda. The low season is from March to May, and October to November.

Game viewing is best during the dry seasons of February to March and September to beginning of October when all animals are assembled together near water sources within the parks.

The most and essential part is knowing the best time to trek the gorillas in Uganda and the nearby countries that have the same activity i.e. Rwanda and DR Congo. Although in both counties, the activity is done all year round. But knowing the appropriate time and the season would be of an advantage since it may help to cut the costs of the travellers like during the higher and the lower seasons where by some discount is offered to traveller during the lower seasons.

Uganda has a conducive climate due to its location along the equator and surrounded by the great water bodies like the mighty river Nile with its climatic changes. In Uganda, there are two seasons that’s the dry and the wet seasons of the year. The rainy seasons start from march to May and from October to November.

In Uganda, the temperatures raise during the day to 21.5c to 71 degrees Fahrenheit and drop at night to 54 degrees, these results to variation in altitude. The rainfall received in Uganda ranges from 1000-2000 mm and it received throughout out the year causing changes in the climate and weather in the country thus making it difficult to predict the best times of the year to carry out the gorilla trekking exercise in Uganda.

Although, Uganda can still be visited throughout the year but the most appropriate time to visit the gorillas in Bwindi and Mgahinga national park is from June. July, August and September and also it can be possible from January and February will offer you the great gorilla safari to Uganda national parks.  Also note that Bwindi is a tropical rain forest, and rainfall can be received at any time of the day and this makes it difficult to trek in the forest trails since it becomes slippery and makes it difficult to trek in search for the gorillas putting in mind that they  move a lot  from one place to another so looking for the gorillas becomes difficult.

Therefore, during this instance always advice our visitors to carry warm jackets and strong hiking boots and many more. this will help keep you warm in case of the weather changes during the activity.