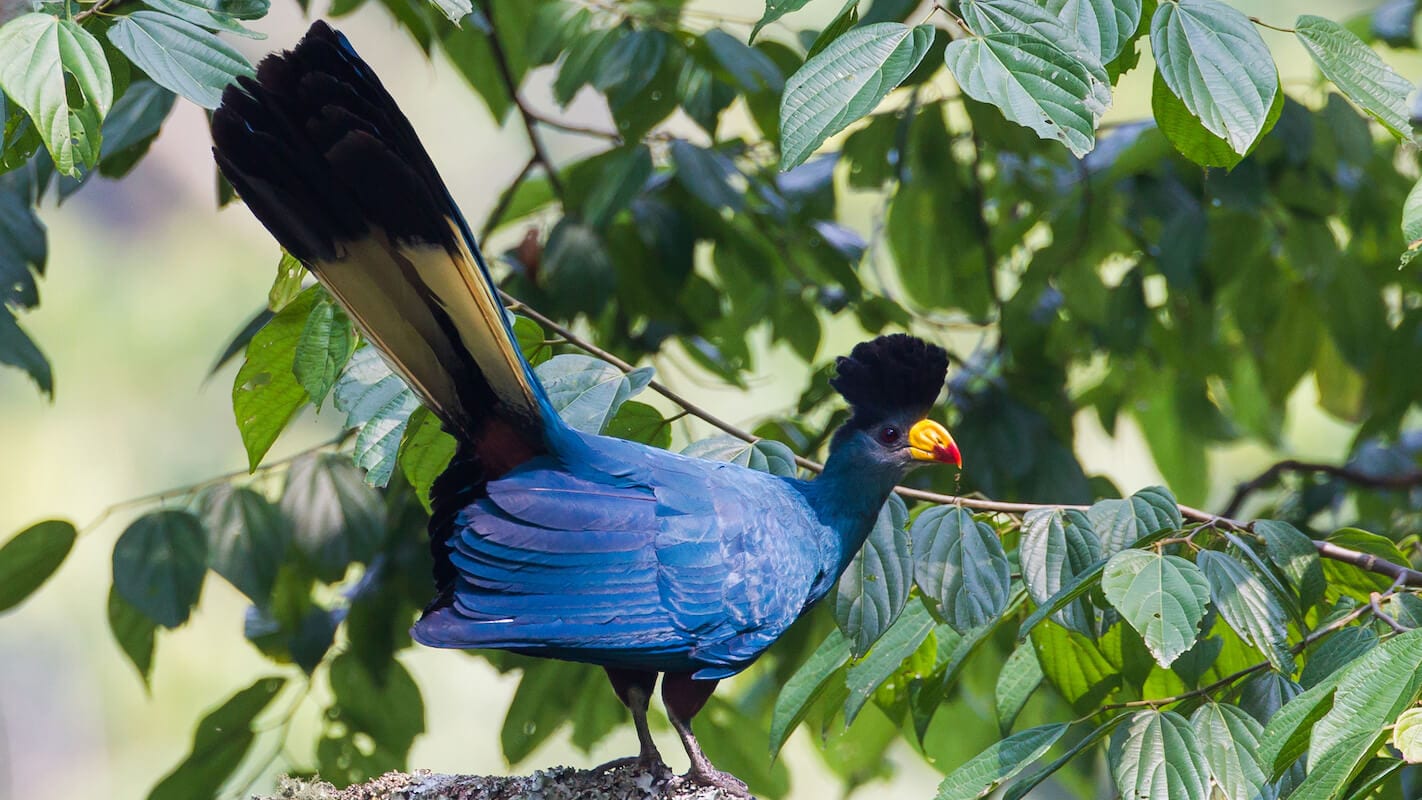 This is the best destinations for bird watching and it is a habitat to about 350 bird species with about 23 that endemic, while as the remaining 90% are Albertine endemic birds such as the blue headed sunbird, as well as short-tailed warbler among others.

Bird watching in Bwindi forest is done around the main trails like Buhoma waterfall trail, bamboo-zone, Mubwindi swamp which is found in Ruhija.

The forest is located in the western region of Uganda and it is adjacent to the border of Rwanda. The reserve harbors over 150 bird species and among these 18 bird species have been found endemic to the forest reserve. Echuya forest reserve is home to unique rare fauna and flora and bird species found here include; grauer’s warbler, Archer’s Robin chat, Doherty’s bush-shrike, collared Apalis, regal sunbird, montane Oriole, mountain Masked Apalis, Rwenzori Batis, White- Eyed Slaty Flycatcher, Chapin’s flycatcher, African green broadbill among other bird species.

These are wonderful prime bird watching spots situated in the western region of Uganda. Kibale forest national park is home to over 350 species whereas about 138 will be found in Bigodi wetland. While on a guided nature walk through the forest and in Bigodi wetland you will get an insight to spot a variety of bird species black bee-eater, Abyssinian ground thrush, black eared ground thrush, black-capped apalis, crowed yellow Eagle, African pitta, yellow spotted nicator, brown chested alethe, yellow-rumped tinker bird, purple-breasted sunbird, dusky crimson wing among others. Travelers can as well as enjoy activities like chimpanzee trekking in kibale golden monkey tracking and during these activities you will get chance to encounter with other primate species such as black and white monkeys, grey checked mangabey, and red tailed monkeys among others.

The park is situated in the south western region of the Pearl of Africa and it is close to border of Uganda, Rwanda and the democratic republic of Congo. The park is one of the gorilla trekking destinations in Uganda although it harbors other mammals such as the primates like monkeys.

River Nile is the longest river in the world and it is one of the great bird watching destinations in Uganda. Besides bird watching in Jinja, three are other sport water activities that travelers can engage such as white water rafting, bungee jumping, kayaking, and quad biking among others. Bird species that you will spot at the Nile include; Giant kingfisher, the great blue turaco, open-billed stork, green-backed herons, and Rock pratencols

Semiliki National Park is a home to over 400 species of birds with the common horn bill thus it is one of the best bird watching destinations and it is situated on the border of Democratic Republic of Congo. Some of the bird species found in the park include blue headed crested-flycatcher, western bronze-napped pigeon, black-casqued wattled hornbill, fire-crested Alethe, Leaf-love, white-crested hornbill, Red-bellied Malimbe, red-rumped Tinker bird, spot breasted Ibis, Xavier’s Greenbul, white-crested hornbill, black Dwarf hornbill, fire Crested Alethe, Maxwell’s black weaver among others.

This is the only place where you will find the rhinos in Uganda and it is home to a variety of bird species which include; African golden Oriole, African golden-breasted bunting, African marsh harrier, African pied wagtail, African hornbill, African black crake, African pygmy kingfisher, manikin, black-headed Gonolek, African morning Dove, black-crowed waxbill among others.

Bird watching is one of the most rewarding activities in Uganda and we advise travelers who are bird lovers to organize their birding safaris with a trusted tour company that has experienced guides in birding. Some of the necessary equipment that are required by birders include long sleeved trousers and shirts, binoculars, maps for the location, enough drinking water, among many others.