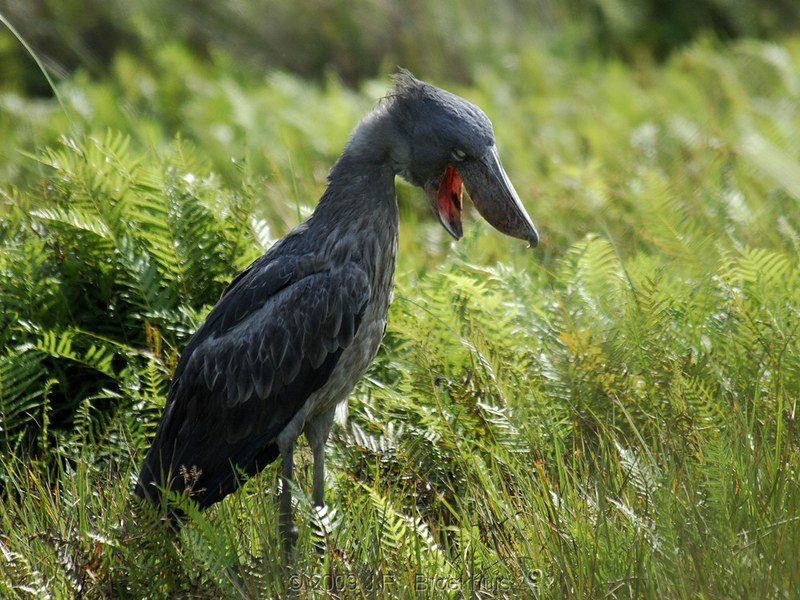 Uganda Birding Safaris – Uganda is not only known as a great destination for the mountain gorillas, wildlife animals and primates but it is also known as a birders paradise/ one of the great birding spots of the world. It is habitat for over 1050 bird species which are situated in different habitants such as montane forests of the Albertine region, swamps, lakes, rivers and savannah grasslands. There about 50% bird species that are found in Uganda are not found elsewhere in Africa. Most of Uganda’s bird species are found in almost all the national parks of Uganda.

Uganda is a great destination for birding due the stability, economic growth, good infrastructures to back up the tourism industry. Tourism in Uganda is the only industry where things like corruption have not been rampant thus it has a promising future in terms of sustainable development for the coming generation.

Uganda is one of the famous and great bird watching destinations due to the fact that it is home to almost half of the diversity of birdlife species in Africa and on that note it is ranked as the best birding destination in the entire world at large.  Within and around the capital city of Uganda which is Kampala, birder lovers will be in position to spot over 300 bird species before proceeding to other birding destinations in her motherland. It is important to note that bird species are food migrating from Lake Victoria shores to the shores of the river Nile and from the Albertine rift valley. You should as well note that Uganda has only one endemic bird species which is famously known as the fox’s weaver thus the rest are Albertine endemic species which you will spot in different regions of the country.

The pearl of Africa has been ranked as the great and best bird watching destination due to the adorable, exciting and extremely fascinating birding destinations that might be hard to spot in other countries and these favor the survival of a wide range of unique bird species. According to the national statics, Uganda harbors about 1061 population of different bird species and among these only two bird species are Albertine endemic as well as a common sight while as four bird species are rare or accidental species in the country.

Besides the bird watching experience, the same destinations that harbor different bird species are home to pother activities such as gorilla trekking experience, mountain climbing, guided nature walking safaris, chimpanzee trekking adventure, white water rafting, bungee jumping, cultural experiences, horse riding, cycling among others. The pearl of Africa is home to the famous rare shoe bill stork which can easily be spotted in Murchison falls national park. Uganda has been endowed with a lot of birding spot destinations where bird lovers will spend time and search for their most favorites bird species. Although the most common birding spots include the following;

Africa Bird Club has ranked Bwindi impenetrable forest national park as the best Africa’s birding spot and it has appreciated the conversation efforts for maintaining the birding trails in Bwindi forest to enhance birders reach out to various bird species in the forest. The park is a habitat to approximately 350 bird species with 23 bird species which are endemic to the Albertine rift valley region.

Mabamba is a wetland swamp found on the shores of Lake Victoria which is the largest lake in Africa and it known for very many bird species. Mabamba bay has also been ranked as one of the best birding spot to catch a glimpse of the famous shoebill bird species.  Other bird species Mabamba bay include, malachite king fisher, black headed heron, lesser jacana, winding cisticola, veillot’s black weaver, grosbeak weaver, African marsh harrier, swamp flycatcher, papyrus ganolek, pied king fisher among other bird spices.

Mgahinga is located in the south western part of Uganda and it borders the Democratic republic of Congo and Rwanda. Just like Bwindi, Mgahinga has birding trails for viewing different bird species such as the bamboo trail, the gorge trail and the community trail which will give you an insight to spot very many bird species.  Mgahinga has about 180 bird species and some of them are Albertine endemic, they include red chested, little green-breasted sunbird, red-headed malimbe, black beef eater, white napped pigeon, scaly-breasted kingfisher, crowned eagle, yellow-spotted barbet, black-billed turaco, red –chested fluff tail, and tiny sunbird.

The forest has 6 edermic bird spices in the Albertine region, and other approximate of 375 can be spoted in the park. Kibale is also known as a birders paradise and it is known for the green breasted pitta and other bird species purple breasted sunbird, the red chested owlet,little greenbul, black beet eater, white naped peagon , white headed wood hoopoe, dusky-blue flycatcher among others.

Mburo is also the one of the best spot for birding and it’s the major common activity that is done on the swamps of Rwonyo and Warukiri. It has about 315 bird species and the common species include shoebill barefaced go-away bird, red necked, brown parrot, crested francolin, Nubian woodpecker, greenwood hoopoe, cheeky bronze-tailed starling among others.

The forest has two sectors to spot the bird species such as the royal mile and busingiro area in the south of murchusion falls national park. It is a habitant to over 350 bird species and the commonly known birds are ituri batis, nahans francholin, black colored lovebird, brown twinspots, chocolate backed, African dwarf kingfishers, Cassin’s spine tail among others.