Bwindi Impenetrable National Park is famously known to harboring a lot of bird species which has made bird watching an exciting recreational activity that tourists like to experience in addition to the mountain gorilla tracking experience on the Uganda safari tour. These birds can be viewed by a naked eye or through a visual enhancement device such as binoculars and telescopes which kelp you to view birds at a distance.

In the all of Africa, Bwindi is known to be the most popular with over 360 recorded bird species, of which 14 of these are not recorded anywhere in Uganda. In 2011 it was voted Africa’s number one birding site which is an ideal habitat for a variety of bird species and 90% of these are known to be Albertine rift endemics including; short tailed warbler and blue headed sunbird as well as seven IUCN (International Union for Conservation of Nature) red data listed species of birds.

The most interesting of this activity is that you may also sight other primates like the white and black colobus monkeys, baboons and many more and also you will be able to sight the endangered mountain gorillas and other wildlife with all this you will have the unforgettable experience of your safari in Uganda.

Uganda is therefore the leading birding destination in Africa with more than 1000 species of birds that birding enthusiasts can encounter while on Uganda birding safaris. Most of the national parks in Uganda harbor a big number of birds that co-exist with other wildlife. Every national park in Uganda has got impressive bird life. Some birds live around water, Savannah and rain forests. On your Uganda safari you will not miss to see birds. Therefore, you will not need to travel far since you can find birds anywhere in Uganda national parks unlike other primates and wildlife that may not be found in Uganda.

To do the birding activity, it does not require one day but at least 2-3 days this will enable you spot a number of different species of birds as much as you had expected. Bird watching is mostly done a long the trails, and the swamps this place is mostly a habitat for the birds.

The best seasons of the year for bird watching 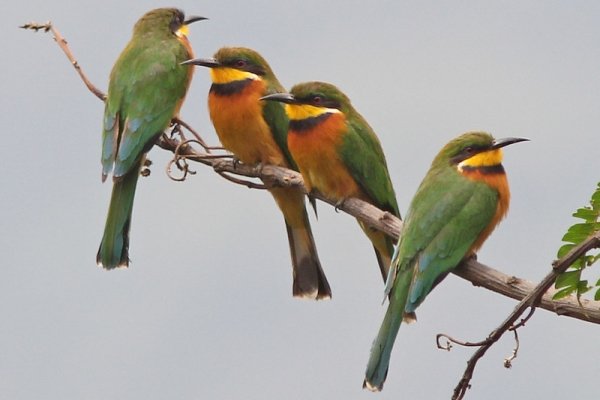 Birds are easily seen from November-April by this time some birds have migrated in to park, December to February is the dry time in Uganda where the land is dry and there no rains so its the best time for birding activities since you can easily trek along the trails and nature walks in forest , you will have a great chance to sight some the birds.

From May and June this is the season when food supply is abundant and it is the main nesting season for birds this much better since the birds can easily be seen.

March-May these be usually the season for heavy rains and the hiking trails tend to be slippery and muddy causing difficulty to walk through the forest but never the less you can still sight the bird species in the forest.

What you need for Bird Watching in Bwindi Impenetrable National Park

Bwindi being a tropical rain forest, that is to say that rain can be experienced at any time of the day. So, you will need to be well prepared with suitable equipment recommended for this activity. 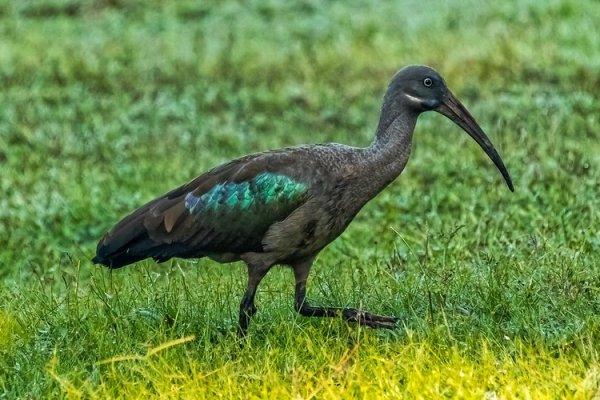 Bwindi Impenetrable National Park, is not the only park. Uganda has got plenty other birding spots sites in different national parks all of which are teaming with vast species of birds, making Uganda one of the top birds watching destinations in Africa. Other bird watching destinations in Uganda include; Maamba Swamp famous for the rare shoebill stork, Kibale National Park with a variety of forest birds including the Red-winged francolin, Red-chested flufftail, African pita among many other bird species. A variety of bird species can also be sighted at Queen Elizabeth National Park with over 550 bird species in addition to the rich wildlife and Murchison Falls National Park is home to about 370 bird species including the shoebill stork, giant kingfisher, beef eaters and many more other bird species in addition birds, Murchison falls is also a home to five big game including lions, Rhinos ,Elephants, Leopards and a large herd of Buffalos.

Why are mountain gorillas endangered?