A guide to chimp trekking in Kibale Forest

Kibale Forest National park is located in the western part of Uganda, about 22km south of Fort Portal town which is also one of the big tourism cities in the country. Kibale forest was declared as a national park in 1993 though it had earlier been protected as a wildlife reserve and it covers a total area of 795 square kilometers. It is one of the few tropical rainforests in Uganda and is home to 13 species of primates. The density of the primates in this forest is the highest in Africa, a reason to why it si referred to as the primate capital of the world. The most popular of these primates are the chimpanzees. There are over 1,500 chimpanzees in Kibale forest and some of whi 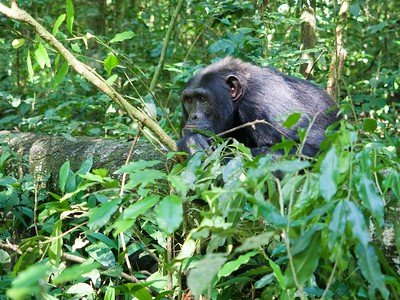 Visitors can book to go for chimp trekking either in the morning or in the afternoon. Visitors meet their ranger guide who will lead them around the forest at Kanyanchu Visitor Centre where the trek starts at 8:00am after the briefing about the trek, the dos and don’ts while on the trek. Most treks last for about 3 hours though they can even last longer than that since these primates may sometimes move to farer areas in the forest. A group of only 6 people visit each group of chimpanzees daily and once you spot the them in the forest, you are given up to one hour to interact with them. A chimp trekking permit costs US$200 for each individual.

Besides chimpanzee trekking in Kibale forest national park, visitors can opt to participate in the habituation experience of the primates where you join researchers into the forest so that as they carry out their daily activities, you also actively get involved. This experience offers you an opportunity to closely interact with the chimpanzees and you have more time to spend with the chimps because it lasts for a full day. A chimpanzee habituation permit cost US$250 for each person.

Chimpanzee trekking in Kibale is done all year round. Depending on the experience you want to have and your convenience, you can trek during the dry season or the wet season. The drier season (June-September and December to February) is the best time for chimp trekking because it is easy to go through the trails of the forest while those who want to avoid big crowds during the that season can trek in the wet season (March –May and August –November).

Getting to Kibale forest national park 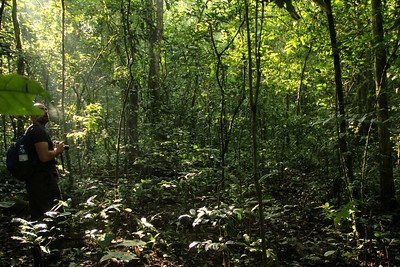 Where to stay at Kibale national park

Activities to do at Kibale forest national park

Apart from the prime activities of the park that is chimp trekking and chimp habituation, other activities to do include bird watching, nature walks and swamp and community walks just outside the park. The Bigodi Wetland swamp walk is one of the interesting activities you can do after your chimpanzee trekking in Kibale forest.

Birds of Uganda
Scroll to top