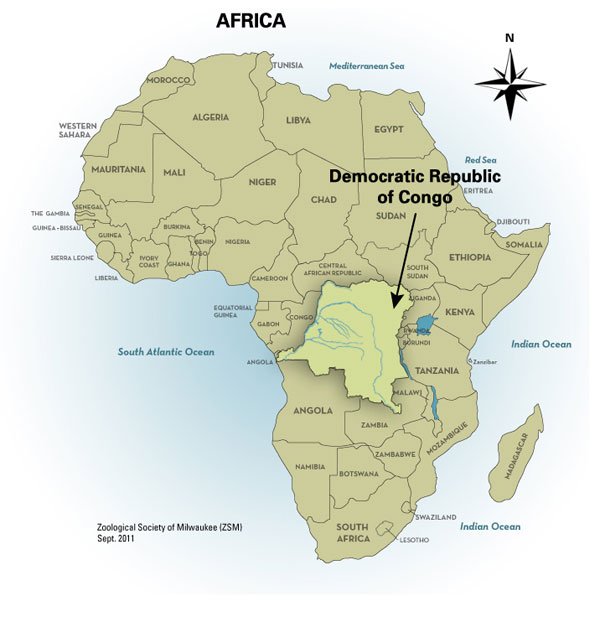 Kahuzi Biega national park is one of the famous national parks and it situated near Bukavu town in the eastern Democratic Republic of Congo that is famous for the eastern lowland gorillas which are found in the Albertine rift valley region of the montane forest of the park. Kahuzi Biega eastern lowland gorilla also known as grauer’s gorilla, they are different from the mountain gorillas and can easily be differentiated by their large size, they have large and short muzzles, they have a stock body, the thumbs are larger than their fingers, they have the short hairs and old mature males gorillas don’t have hair in their chests among other characteristics that travelers will be able to differentiate them from the mountain gorillas.   Beside the lowland gorillas, Kahuzi Biega national park is a home to other wild animals such as thee forest elephants, the buffaloes, the antelopes, the white and black colobus monkeys, red tailed monkeys, the chimpanzees, the baboons, the blue monkeys, forest hogs among others.

Kahuzi Biega national park is dominated by the montane forests and it is home two active volcanoes such as Mount Biega and Mount kahuzi. These offer fascinating activities such as hiking, nature walks among others and they can be combined together with the eastern lowland gorilla trekking safaris thus giving travelers an insight to enjoy exclusive experiences in a true African setting.

The eastern lowland gorillas are one of the major key tourist attractions that travelers enjoy when they visit the DR-Congo on their safaris. Such as low land gorilla trekking safari which offers fascinating and extremely exciting experiences in the African jungle.