Nyiragongo Volcano Hike in Virunga National Park, DR Congo. The Mountain Nyiragongo is an active Volcano which last erupted in 2002.  The hike to Nyiragongo Volcano takes you to the top of the volcano where you will spend a night at shelters and have impressive views of the red hot lava lake at the Nyiragongo Crater.

Nyiragongo volcano is one of the adventurous places one would consider themselves super brave after hiking to its summit for a view of the red glow that is produced by the boiling magma under the mountain. Standing at a height of 3,470m high, Nyiragongo is one of the 8 volcaneos of the Virunga Mountains that were formed as a result of volcanicity thousands of years ago. It lies in the Albertine riftvalley, 20km from Goma town.

Mount Nyiragongo is the world’s largest lave lake, with a wide caldera of up to 2km long. It is an active volcano which has erupted 34 times since 1882 with the last one that happened in 2002 taking about 150 lives and destroying lots of property in Goma town where the lava flowed.

Fly to Kigali international airport in Rwanda and connect to Gisenyi town by road. Gisenyi town is at the border of Rwanda and links to DRC’s immediate border, Goma town where you can spend a night or continue to one of the lodges in Virunga national park where the volcano is located. Organizing your travel with Adventure in the wild safaris saves time because the driver receives you from the airport and the journey to Goma starts.

Alternatively, you can use a direct flight to Goma international airport and connect to Virunga national park.

Just like any other country, entry in DRC is permitted if you have a valid passport that can still serve for more than 6 montsh from the date of travel, a valid yellow fever card-not more than 10 years and a visa which has to be applied for 2 weeks before travelling. You’ll be confirmed to have a tourist visa to DRC after booking for a hike to Nyiragongo, Gorilla trekking permit or accommodation at Mikengo lodge. 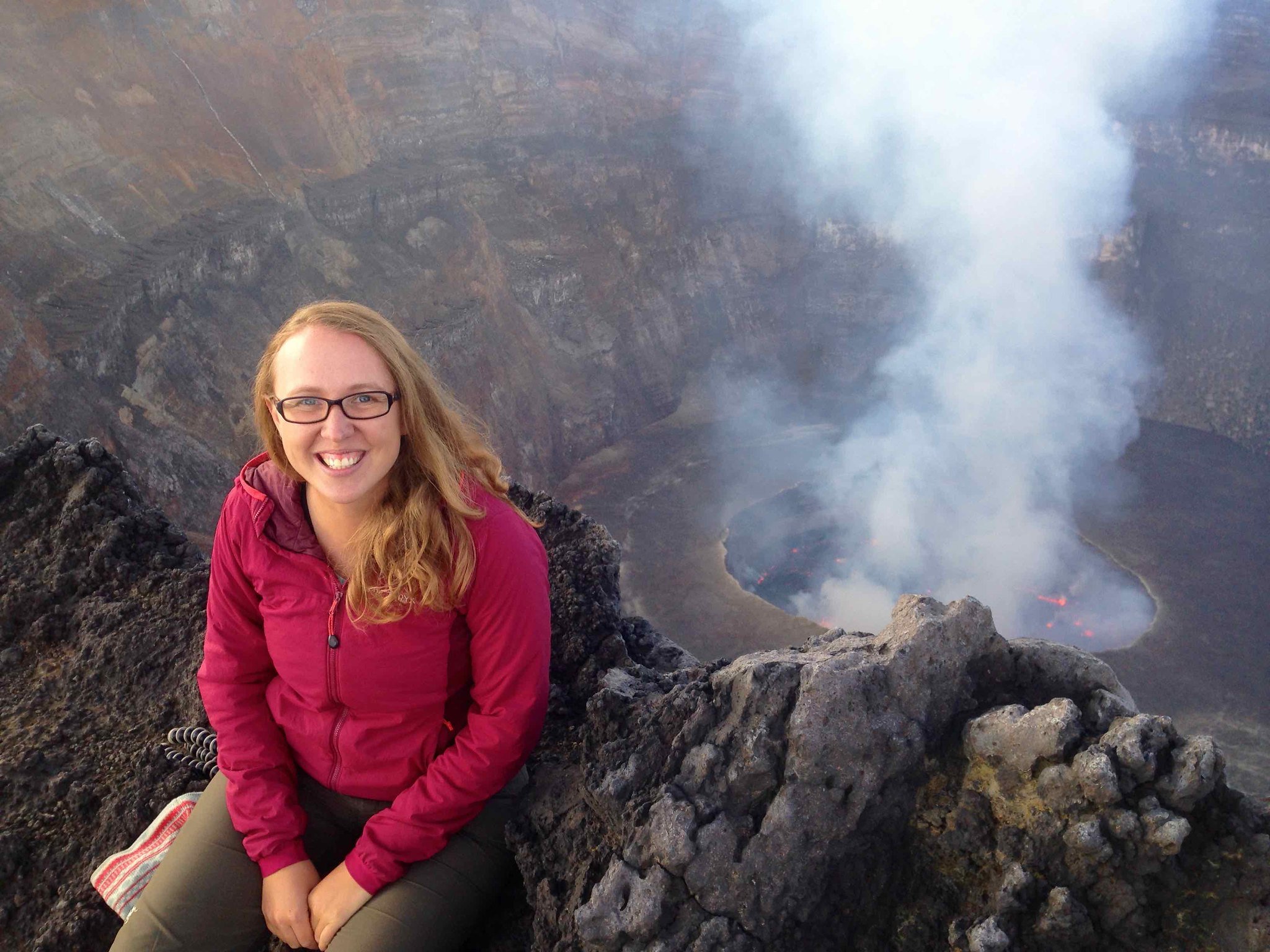 About the active Nyiragongo volcano

Nyiragongo volcano is located in the eastern side of the DRC, about 20km north of Goma town. It is an active stratovolcano standing at an elevation of 3470m. Climbing to the top of the volcano is not so difficult and can be reached in about 5-6 hours. At the summit of the volcano is a caldera of about 1.5km-2km which has the world’s largest lava lake at a depth of 600m. The depths of the lava lake have however been varying over the years.  There are two cooled lava benches within the crater; one is about 3,175m and the other about 2,975m.

Mount Nyiragongo is found within Virunga national park and is linked to the Albertine rift valley. It is the most active volcano in the whole world and its lava is very different because it is highly fluid and flows at a speed of about 95km/hr when the volcano erupts. When eruptions occur, lava flows towards the main city of the eastern region –Goma and sometimes to Lake Kivu.

Geology of the volcano

Nyiragongo volcano partly overlies with other two older volcanoes; Shaheru and Baratu. The volcano has erupted at least 34 times since 1882 including the periods when it was active continuously for  years in form of churning lava in the crater. Lava erupted from nyiragongo is many times unusually fluid. The lavas of this mountain are made of melilite nephelinite. Lava from erupting volcanoes is usually not so dangerous that people can be able to escape from it. Contrary, lava from Nyiragongo is quite fast when flowing because that of nyiragongo contains low silica content.

Since 1882, Nount Nyiragongo has erupted at least 34 times. For quite a long time, the lava lake of Nyiragongo was suspected that it copuld be active until it was confirmed in 1948. Some of the eruptions that have been noticeable are; the 1977 volcanic eruption which involved lava that flowed down the slopes of the volcano at a speed of about 60km/hr destroying property and killing about 70 people. This kind of eruption and repercussions cannot be compared to any other.

This eruption also led to formation of another small volcano called Murara, it is situated near Nyamuragira.

Another destructive eruption occurred in January 2002. It took place after seismic and fumarolic activity had been happening for some months. A fissure of about 13km opened from the southern flank of the mountain and spread very fast. It spread from a height of about 2800m to 1550m towards Goma town and the northern side of Lake Kivu. It flowed up to the northern part of Goma international airport reaching Lake Kivu. This was a threat to people’s lives because of fear it would make the lake release large amounts of carbon dioxide and methane. About 147 people died in this eruption and there were frequent earthquakes experienced in Goma and the nearest town Gisenyi. These earth quakes destroyed a lot of houses in Goma town.

After a period of 6 months, another eruption occurred at Nyiragongo. The volcano is still active and scientists can always predict on the time frame of when the eruption will take plaace. It is therefore safe to hike to the volcano following updates from volcanologists.

We organize Nyiragongo Hiking tours which can be a sole activity or combined withb other activities like gorilla trekking in the Virunga national park and more. Contact us and have all other complementary services booked.

Nyiragongo Booking Book for the exceptional hike to Nyiragongo volcano through Adventure in the wild safaris. Hiking to Nyiragingo summit…

The Nyiragongo eruption of 2002