Facts About Mountain Gorillas – Top fascinating facts about the mountain gorillas in Uganda, Rwanda and Congo that you need to know.

What Are Mountain Gorillas

Mountain gorilla is a critically endangered species and it’s the largest primate species living on the face of the earth.in size, the gorillas weighs up to 135-220kg and in height, the gorilla measures up to 4-6 feet tall. They live in the mountainous areas of Uganda, Rwanda and Congo at altitude 8,000 to 13,000 feet.

All you need to know about the Mountain Gorillas. mountain gorillas are the largest known species in the family unit of primates. Mountain Gorillas are ground-based apes, mostly herbivorous, inhabiting the Uganda, Rwanda and DR Congo forests. There are two species of gorillas and four or five subspecies. The gorilla’s DNA is highly similar to that of a human and its 95-99% based on what is counted, and they are the next closest to humans after the chimpanzees which are closet living relatives to humans. Gorillas live in the sub-tropical forests of Africa, the gorillas roam about the Albertine rift mountain forest of the Virunga volcanoes and the dense tropical rain forest of Bwindi impenetrable forest with altitude ranging from 2,200-4.300 metres (7,200-14,100 ft).

There are few in the midst of the animals that have sparked man’s imagination as much as the gorilla, the largest living primates, and the last science-known member of the ape family. Many gorillas live in remote areas in various dense tropical African forests, and researchers have only discovered knowledge of their environment in the last 30 years. A sequence of 8 volcanoes known as the Virunga volcanoes situated along the rift valley in the boarder between Uganda, Rwanda and the democratic republic of Congo. The Virunga conservation are located closer to Bwindi impenetrable forest national park in Uganda a home to half of the worlds remaining mountain gorillas.

Approximately all gorillas have the same type of blood and have unique fingerprints similar to human beings. Their color of the eye is dark brown, framed around the iris by a black ring. The gorilla silverback is huge, with a thin, dense neck and a large chest and shoulders. The big head and hairless, shiny black muzzle outweigh the gorilla eyes and ears. Older males have a body crown. The skin and muscle that render the head look bigger. Like all great apes, gorillas have arms wider than their legs and at certain occasions tend to walk on all four limbs – a motion called knuckle walking.

All you need to know about mountain gorillas, Gorillas run around by knuckle-walking, although sometimes they stride bipedally for short distances when carrying food or in situations of self-protection. Adult males (silverbacks) are 1.65–1.75 meters in height (5 ft 5 in–5 ft 9 in) and 140–200 kg in weight (310–440 lb). Adult females are often half the size of a silverback with an average height of about 1.4 meters (4 ft 7 in) and 100 kg (220 lb). Silverbacks of more than 1,8 meters and 230 kg have been recorded in the wild from time to time. gorillas have reached a weight of 270 kg. Gorilla Mountain is the darkest of all gorilla groups. Mountain gorillas have the thickest hair, too. The Western Lowland Gorilla can be brown or white with a reddish forehead. In fact, there are gorillas living in lowland forests and are slenderer than the mountain gorillas which are larger above the average size of the low land gorilla.

Mountain gorillas are diurnal with a break around a launch time, most effective between 6:00am and 6: 00pm.Much of the time is spent eating, the large amounts of food consumed is required to support their large bodies and to keep them physically fit at all times. The gorillas feed early in the morning, rest late in the morning, and at midday and also in the afternoon they snack until they sleep at night. Mountain gorillas are shy but strong and, in most times, they do not look for danger but, if threatened it can turn them aggressive, to show anger, they beat their chests and roar. The silverback is normally the head of the family and it will in his powers try to defend and protect its family from any form of danger, the family can make up to 30 members and ruled by one male silverback as the head of the family with few females and the young ones.

Gorillas have stronger attachments to their own family members, and even when the family meets and associates, each member tends to stay with their particular unit. A mature male gorilla is named a silverback which its name originates from the silver-grey hair on its back; he is the head of the family, it leads the group, offering protection and support to the family in case of any trouble.

Mountain gorillas Mountain travel ten to fifteen square miles across their home ranges, eating and sleeping in the course of the day. Since gorilla’s roam, they create fresh nests on the ground every day at sunset using bent branches in a tree or grasses and are constructed by an individual. The young ones sleep with the parent(mother), but after three years of age, they build their nests, initially similar to their mother’s. Gorilla nests are built disproportionately and there tends to be opportunistic use of tree species for site building. The building of nests by great apes is now known not only as animal design, but as an important example of the use of devices.

Where Do Mountain Gorillas Live?

Mountain Gorillas mainly inhabit tropical forests. Tropical forests are defined as low temperature (around 23 ° C) and daylight duration (around 12 hours). On the other hand, precipitation in the tropics varies significantly and is a major factor in the form of vegetation developing in a region. Habitat loss is the most serious threat for gorillas. The fertile soil of the volcano It’s as highly valued as agricultural land. In Uganda, Rwanda and Congo, a national management policy which emphasizes the importance of protecting virgin forest watersheds and the need to allow some classes of mountain gorillas more used to visitor visits has helped to reduce encroachment in to the forest. Gorillas rely on the moist vegetation produced by the high clumsiness and rainfall of the tropical forest.

Gorillas are herbivores, consuming seeds, stems, roots, berries and vines. Although they eat a variety of plants, the favourites include wild celery, bamboo, thistles and stinging nettles, bed-straw and some fruit. Such plants seem to provide ample humidity to keep them from requiring irrigation. An adult male gorilla can eat more than 18 kg (40 lb) of vegetation a day. Gorillas barely drink in the wild as they ingest succulent foliage comprising of nearly half of the water and daily dew. Their meat collection methods are;

The Gorilla Reproduction and Parenting

Fantastic, such primates have a sluggish rate of reproduction; the females develop for the first time at about 10 years of age and will get young ones every 3 to 4 years. The male starts to breed between 12 and 15 years of age when he is in charge of his own parents. A woman is able to conceive for only 3 days each month, carrying one child at a time, even though it also gives birth to twins. The newly born gorillas, weighing about four pounds, are weak and small in size. They can sit upright at three or four months, and even stand with support. Babies have been sucking for a year and gradually weaning when they can live alone for 3 and a half years. Females become sexually mature at age 7 to 8, but after many years they do not begin to breed and have a long gestation period of 8 and a half to 9 m. The mortality rate of gorillas is less than a year, but only 5% for adults. The gorillas can live and survive in the wilderness for 40 to 50 years in the natural environment.

The Beringei (Gorilla beringei beringei) is one of the eastern gorilla’s two subspecies. There are two settlements. One is located in Central Africa’s Virunga volcanic peaks, in three national parks: Mgahinga, in south-western Uganda; Volcanoes National Park, in north-western Rwanda; and Virunga, in eastern democratic republic of Congo. The other remaining number of gorillas is located in Uganda’s National Park of the Bwindi Impenetrable national park known to be a home to Mountain gorillas. The estimated total number of mountain gorillas showed that Bwindi a lone harbour half of the remaining total population of these endangered species and the rest are distributed in other national parks that is volcanoes in Rwanda, Virunga national park in Congo and Mgahinga national park in Uganda.

Leopards and humans are the only recognized rivals of the gorilla. Crocodiles may be harmful for gorillas in the lowlands. Gorillas are commonly hunted in western Africa for meat or in revenge for crop looting, but they have been victims of traps set for antelopes and other animals in eastern Africa. Poachers also destroy the whole family in their attempts to capture gorillas for zoos, while others are killed for the purpose of collecting heads and hands for sale as trophies.

Mountain gorillas are affected by habitat loss due to increased human populations, bush meat trade smuggling, and diseases such as Ebola. Species residing in higher elevations, such as mountain gorillas, are also affected by climate change, which has the ability to have a direct impact on gorillas by altering their environment and potentially impacting crop yields in nearby communities.

All the Facts You Need to Know About Mountain Gorillas 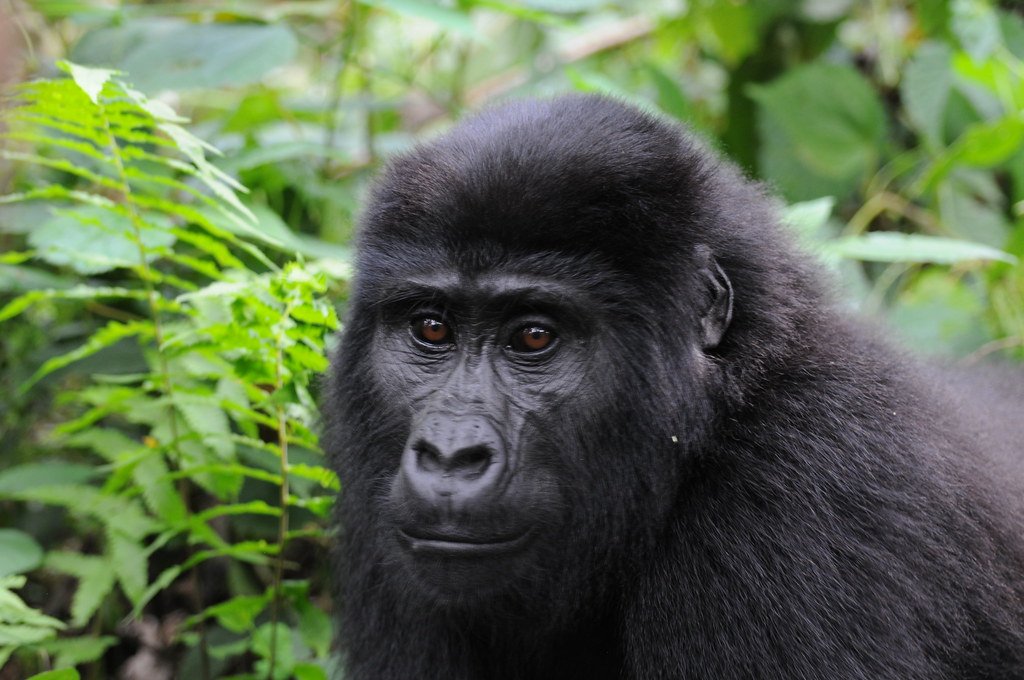