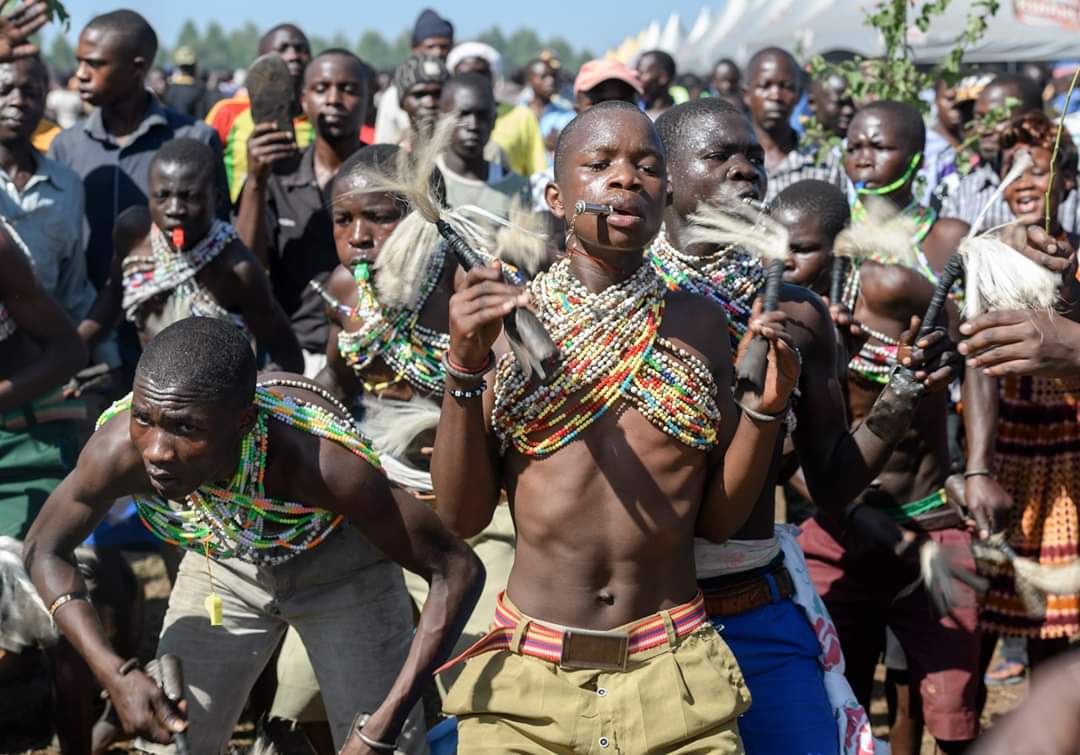 Gisu People – The Bagisu People are as well known as Bamasaba, they are situated in the western and southern Halves of Mount. Elgon which stretches west inform of fingers of the Hand traversing through steep and tidal valleys which is amidst them. The Bagisu land in south cracked and comprises of Jumble Hills Wedged against the high Escarpment such as the crushed tablecloth. The Escarpment perishes gradually to form sweeping plains spreading in the north east which is a resident to the Iteso Tribes.

History of the Bagishu people

The Bagisu are believed to have originated from the hole of Mountain Elgon. Their ancient life was anti-social and survival in the society was attached to the Slogan “Survival to the Fittest”. Although little is described about the Bagishu, they are believed to be close relatives to the sub group of the Luhya inhabiting some parts of Kenya. The early immigrants into the indigenous Bagisu are known to have entered Mt. Elgon Area in the 16th century coming from the Eastern Plains. Bagisu is part of Bantu ethnic groups since their language has got words of Bantu speakers. ]

The Political set up of the Bagisu

The Bagisu people have a weak political tradition structures which are based on Clans. Each clan with in the Bagishu people has its own cultural leader who is known as Umwami we Sikoka-the chief of the clan. The clan chiefs were traditionally chosen basing on the wisdom and their wealth, the Chiefs play the duties of maintaining Law and Order, emphasized unit among the people and they encouraged people to respect and maintain the cultural values of the clan. Some of the clan cultural values included making Sacrifices to their ancestral spirits.

This one of the Fascinating Unique Social customs of the Bagisu people and this is a male Circumcision that has a mysterious origin among the Bagisu. However their tradition claim that the practice originated Kalenjin demand in the time when Masaba who is a hero ancestor wanted to marry a Kalenjin Girl. Other theories assume that the circumcision originated from the demand to make the male complete with their sexual organs and the practice started with an aim of serving the life of the male Bagisu people.

The Bagisu are highly superstitious people.

Before the circumcision is done, there is a tradition herb that was administered to the male victim so as to arouse their desire for circumcision. This herb is called Itinanyi which is as well tied on the big toe of the candidate to be circumcised although this is done when he is unaware. According to the power that is believed to be in the local herb ityanyi, if circumcision is delayed to the candidate who is supposed to be circumcised, this candidate may end up circumcising himself due to the uncontrolled desire that enters in the mind. Circumcision rituals with in the Bagisu is done only every after past two years. This traditional ritual is performing to boys that have reached their puberty. Those who tried to doge the ritual practice are usually hunted by force. The candidates to be circumcised are always tuned by walking them around for about 3 days on the village, then smear them with cassava floor and they are painted with the Malwa Yeast paste, then their relatives and friends will dance the tradition dances demonstrating the circumcision while drumming and singing.

For the Girls specifically the sisters of the candidate to be circumcised are fully engaged in the circumcision tradition ritual. This is through participating in the dancing and singing as they run around the village. After circumcision in done now the candidates are believed to have been transitioned into a true mature male and a true Mugisu person. The boys that are not circumcised is referred to as Musinde and circumcision operation is done very fast carefully.

The circumcision is done by two people, the circumciser and the assistant who pulls the foreskin of the penis before the Circumciser cuts it off. The circumciser does three cuttings and ends the Ritual.

After the circumcision the candidates are taken to their fathers wrapped in a piece of cloth and made to sit down on a stool. He is made to walk around his father’s house for three days and during these days he is not allowed to eat using his hands, he is fed. After those three days the circumciser is called upon to wash his hands before he starts eating and here makes the completion of the initiation into manhood. It after the circumcision ritauls then the initiated man is allowed to marry and he is taught the duties of manhood include agriculture as an important activity and emphasized to behave as a man always. However according to their traditional belief healing of the wood will depend on how many goats were slaughtered during circumcision.

After healing of their wood all candidates that were circumcised are required to attend the ritual which is performed. The ceremonial ritual is referred to as the Iremba. It is always a big function were even government officials are invited to attend the ritual. During this ritual ceremony, any girl from the community was invited to play sex with the girl and the girl was not supposed to refuse and if she refuses the girl was cursed not have children her marriage.

Attractions in Bagisu Land include;