Safari Blog
You are here: Home / Safari Blog / Gorillas / How do gorillas fight

How do silverback gorillas fight?

what do gorillas do after a fight, silverbacks fighting, how gorillas fight, gorilla fighting style

How do gorillas fight?, find out how do silverback gorillas fight – Gorillas are the closest relatives to human beings. They share 98% DNA with humans and have several body parts that have a close resemblance to those of humans. The way they behave and their level of intelligence are impressive. Gorillas inhabit the tropical rainforests in Africa and they are considered as endangered mammals due to loss of their habitats. Gorillas live in groups which are led by silverbacks. Silverbacks are mature male gorillas and they are called so because their fur at the back turns to silver when they reach the maturity age. Silverback gorilla fights are rare but when they fight, it is really severe and aggressive.

Gorillas are gentle and try as much as possible to avoid conflicts. They instead show that they are not happy with whatever could be taking place or when it is not in good moods and doesn’t want to be interrupted. They beat their chests to express their strength and indicate that they should not be further destructed but rather be left in peace. They also bare their fangs, make sounds when they are frightened. Most gorillas beat their chests so hard and loud while stamping their feet on the ground when they charge, this is often the initial stage of a gorilla fight. When you are close to these gorillas and you notice such behavior, you are advised to stay calm to maintain peace. 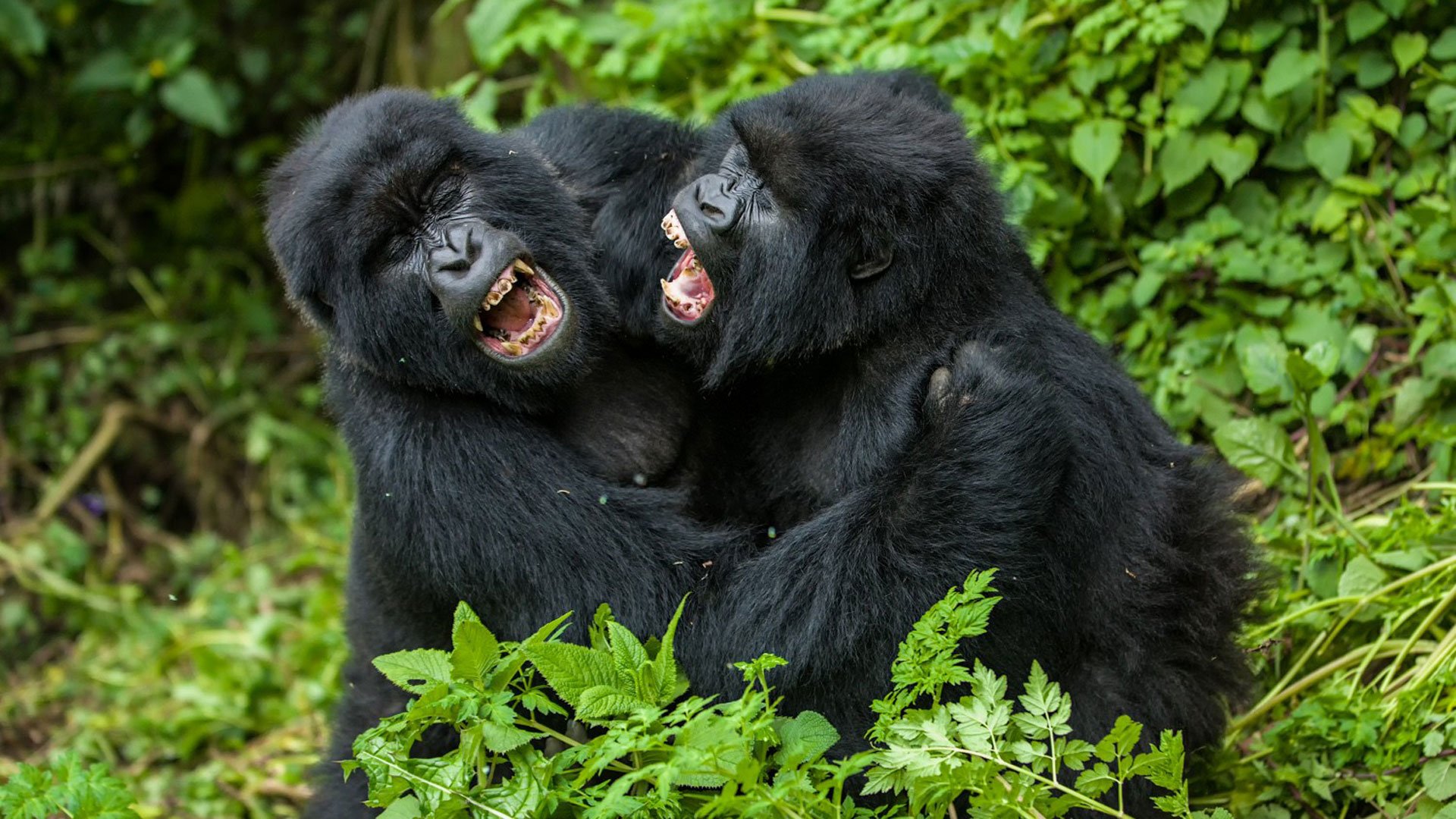 Silverback gorillas fight using teeth, hands and legs. Their canine teeth are sharp that they easily penetrate in the flesh of another gorilla or any other animals being involved in the fight. Some of the reasons for gorilla fights are;

To break off from the main group and start another group with some members from the former group. Since there is only one leading silverback in the group, the rest are not permitted to make any decisions but when they are mature, they may want to go and form their own groups. They therefore have to get into a fight before they can take some members of the group to start the new group.

To protect the group from intruders and enemies. Silverbacks fight when they come across another gorilla group. Silverbacks of each group will express to each other their strength and when they start fighting, they will use their teeth to injure the other which may lead to severe bleeding and death. Silverbacks also fight enemies approaching their groups for protection.

Gorilla fights are rare because they are gentle and love to live in peace, but they are aggressive where need be.

Related Blogs about How do gorillas fight

Gorilla strength: How strong is a gorilla?