Safari Blog
You are here: Home / Safari Blog / Uganda / Is Uganda Safe to Travel to

Is Uganda safe? Travel tips for citizens of America, German, Canada, UK and other countries

Is Uganda safe for American tourists and all other tourists?

As people think of including Uganda on the African countries to travel to, they will wonder if it is safe. You do not have to worry about this because this is actually one of the safest countries for tourists in Africa. The country is secure, stable and has the most hospitable and friendly residents. Mostly Americans always want to find out if they will be safe when they are in Uganda.

The hospitality and safety in Uganda doesn’t single out according to nationality. Just like for the residents, the government of Uganda ensures that all tourists are kept safe and secure from any controllable problems. Tourists are safer if they book with tour operators; Adventure in the wild safaris. Safaris are very safe, activities are safe and the surrounding is safe.

How safe is Uganda for Americans and others? 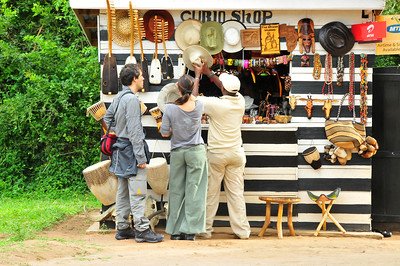 Drop any misconception that the entire Africa is an unsafe place to visit. You’ll be surprised at how safe and secure you’ll be during your visit in Uganda at all destinations, cities and transfer drives from destination to destination. You are urged to follow all the advice and instructions from the tour driver and other attendants at the destinations like national parks, lodge.

Just like any other major cities, common safety and security problem of robbery, scamming and petty theft do occur in Uganda’s major towns like Kampala, Jinja especially in crowded areas. This is however avoided by observing safety and security rules and cautions.

Adventure in the wild safaris is aware of the best and safest lodges, hotels and communities to stay at and visit to avoid ruining your safari with theft, overcharging yet with less quality services and insecurity. The driver guide will give you appropriate advice on which stores, banks, happening places and any other good service providers to use.

Ranging from the general police of the country, Uganda police, Uganda People’s Defence Force (UPDF), traffic police, Tourism Police and the tourism bodies like Uganda Wildlife Authority, Uganda Tourism Board and our tour company, the safety of tourists is taken very seriously. National parks in Uganda have barracks with military army, ranger post with park rangers, and other security personnel at lodges and other sites.

USA has had terrorist attacks and other forms of violence in the recent years. There are many reports of killings and other brutal deeds which are shocking.

“The Pearl of Africa” is not only endowed with dramatic attractions, but also minds so much at the safety and security of those who come to watch them. People are very friendly and kind, but you do not have to trust every one other than your guides and attendants.