Lake Albert is the second biggest lake in Uganda and the seventh largest lake in Africa. Also known as Mwitanzige because of a local tale associated with it about how lots of locusts used to die here, Lake Albert is among the great lakes in Uganda.

Lake Albert Uganda is located in the western part of Uganda at the border with the Democratic republic of Congo. It is ranked twenty seventh largest lakes considering the whole world in terms of volume. It is over 160 kilometers long and about 30 kilometres wide with a depth of 51m and 619m surface elevation above sea level. 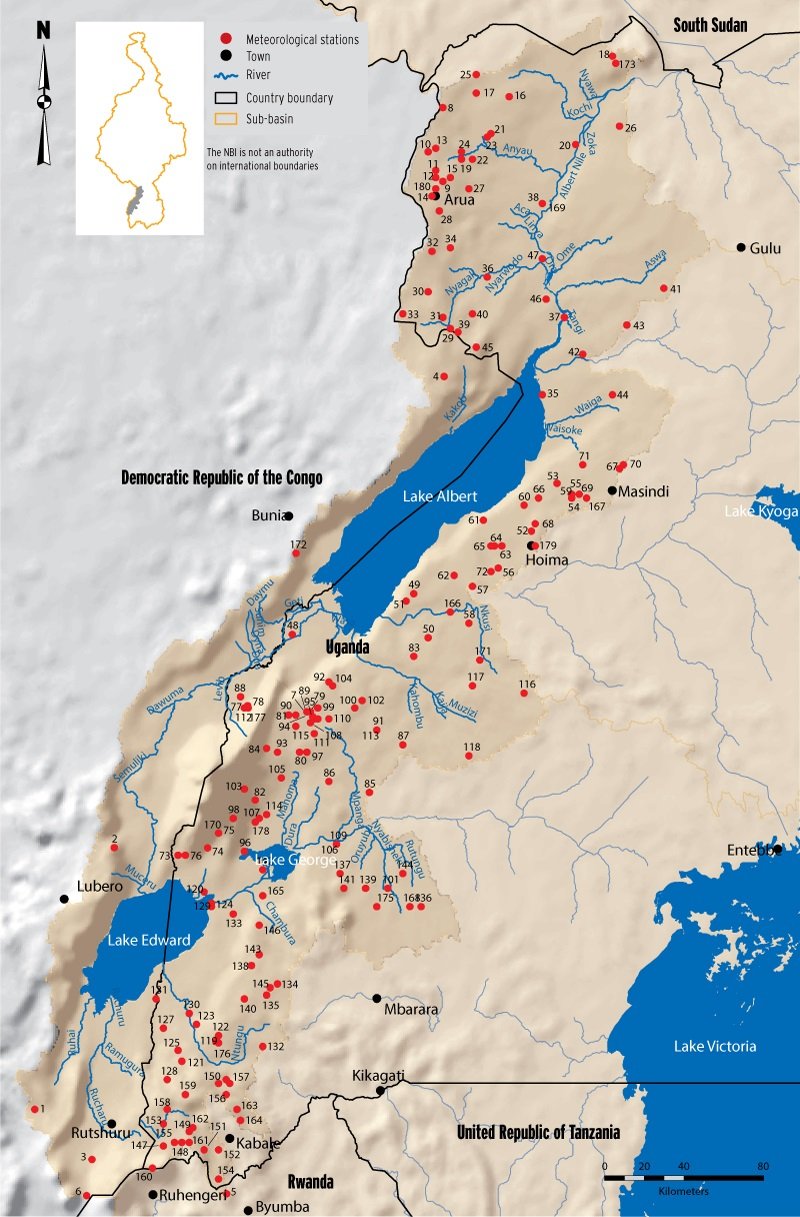 Lake Albert occupies the middle part of the African continent, on the northern point of the western arm of the great east African rift valley. Of all the lakes in the Albertine rift valley, Lake Albert is the one at the north most point.

The main sources that water the Albert basin are the Victoria Nile which collects its water from lake Victoria and flows towards the northwestern direction till it arrives and pours into Albert lake and River Semuliki which collects its water from lake Edward and flows west of the Rwenzori mountains meandering between Uganda and the DRC into the Albert basin. Lake Albert has one main outlet known as the Albert Nile. It exits from the north most tip and flows northwards through South Sudan, Sudan, Egypt to the Mediterranean Sea. When the course of the river enters south Sudan from Uganda, it is called Mountain River.

There are fewer areas of settlements around Lake Albert, these include Pakwach, Butiaba and Wanseko. Major features in different directions of the lake include the Rwenzori Mountains to the south and the Blue Mountains to the northwest in the DRC. The southern part of lake where river Semuliki enters from is mainly swampy and this helps in filtering the water before it finally pours into the lake.

Wildlife in and around Lake Albert Uganda

Lake Albert is a habitat to a number of aquatic and semi-aquatic animals such as hippos, Nile crocodiles, central African mud turtles, William mud turtles and different types of semi-aquatic snakes. A variety of water birds are sighted along the shores of the lake including herons, the shoebill stork and pelicans among others.

Lake Albert Uganda has 55 species of fish. The largest species in size is the Nile perch and this is native here unlike in most of the other rift valley lakes where the species was introduced. Common fish species caught by fishermen on the lake are tilapia, giraffe catfish, electric catfish, Niger barb and Albert lates among others. Other fish species that have been recorded include elongate tigerfish, marbled lungfish, African tigerfish, Bagrus, Cornish jack and many more. Comparing with other African great lakes, Lake Albert has less endemics.

Lake Albert Uganda was locally and formerly known as “Mwitanzige” meaning locust killer. This name was given to the lake by the Banyoro and other people who lived close to it because of the belief they had that lots of locusts used to die and float on this lake as they tried to cross. Later on in 1864, Sir Samuel baker saw this lake. He became the first European to see it and he named it after Prince Albert who was a consort of Queen Victoria. The former president of the DRC Mobutu Sese Seko tried to rename the lake after himself during his time of leadership (1965 to 1997) but it was in vain.

One of major activities that took place on Lake Victoria was shipping of goods by the European colonialists. This shipping network was part of the railway, river steamer and lake steamer services that were linking the interests of the British in east Africa, Egypt and the southern parts of Africa. For this purpose, a cargo and passenger ship was built in 1930 by the John I. Thornycroft & Company and named it SS Robert Coryndon. The ship was described by Winston Churchill as “the best library afloat” while Ernest Hemingway called her “magnificence on water”. The ship is said to have either scuffled in 1962 or to have sank in 1964.

On a Uganda safari to the largest and one of the most interesting national parks in Uganda Murchison falls national park, tourists can go for the Delta boat cruise which takes you towards Lake Albert where you could spot the rare shoebill stork.