Malawi Safaris – Malawi has an exceptional variety of activities and attractions that anyone would love to do while on an African safari. It is a landlocked country situated in southeast of Africa, mainly bordered by Mozambique to the east, south and west and Tanzania to the north east and Zambia in the north-west. It has variety of stunning wildlife attractions in the national parks, is known for having very hospitable people and unique because of the beaches and landscape at Lake Malawi. Activities done at the lake are kayaking and canoeing, beach parties, horse riding, deep sea diving, snorkeling and clubbing. The sunset is pretty clear at this point. The lake is also famous for having a world heritage site at Cape Maclear which is one of the frequently visited places. Malawi has a long list of beautiful national parks and wildlife reserves that are home for the Big 5, offer fascinating scenery, thick forests, and hills. Other animals in Malawi are zebra, roan, jackal, serval cat, grey duiker, and kudu. Predators especially big cats were rare sightings but lions and cheetahs were later on introduced in Liwonde and Majete national parks. Hyenas are one of the common predators in most national parks. Leopards are also sighted.  Avifauna includes lilian’s love bird, egrets, fish eagles and marine life of over 500 species of fish.  The main wildlife destinations in Malawi are Majete wildlife reserve, Lake Malawi national park, Lengwe national park and Liwonde national park in the south of Malawi , Kasungu national park and Nkhotakota wildlife reserve in central Malawi , Kuti wildlife reserve, Nyika national park, Mwabvi wildlife reserve in the north and more others. 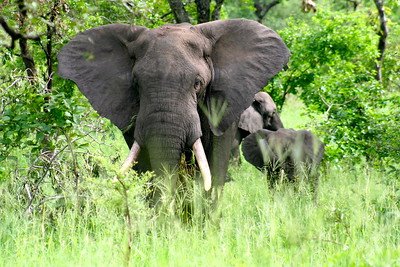 At the beginning of this new decade (2020), there is a variety of activities to do on a Malawi Safari. The most adventurous include day and night game drives for wildlife viewing, rock climbing at mount Mulanje, boat trips, water sports and canoeing, diving and snorkeling, cycling, horse riding, bird watching, forest walks. Game viewing is the main activity done in the major game reserves and national parks like Nyika national park in the north of Malawi, Majete, Liwonde, Kasungu national parks and Nkothakota Wildlife reserve in the central.

Wildlife lovers are encouraged to visit Malawi in the months of July, august, September and October (dry season). From December to March, there is high rainfall in most parts of the country though the temperatures remain high during the day.