The punishment island Uganda – Explore the Punishment Island Lake Bunyonyi : The Punishment Island is one of the beautiful islands found on Lake Bunyonyi and it is also called Akampane Island and it is one of the fascinating places to visit due to its extremely exciting legendry story. You will have to paddle for about 30 minutes to access this Island and apparently it is easy to access the island then before.

The Punishment Island Uganda is a tiny, an isolated with only two trees one tree looks dry and the other has also lasted for so long to an extent that its flora is giving out its last breathe. There are other several islands that are close to the punishment island Lake Bunyonyi and they are so busy with a lot of people that have settled their coexisting together with the tourism resorts. 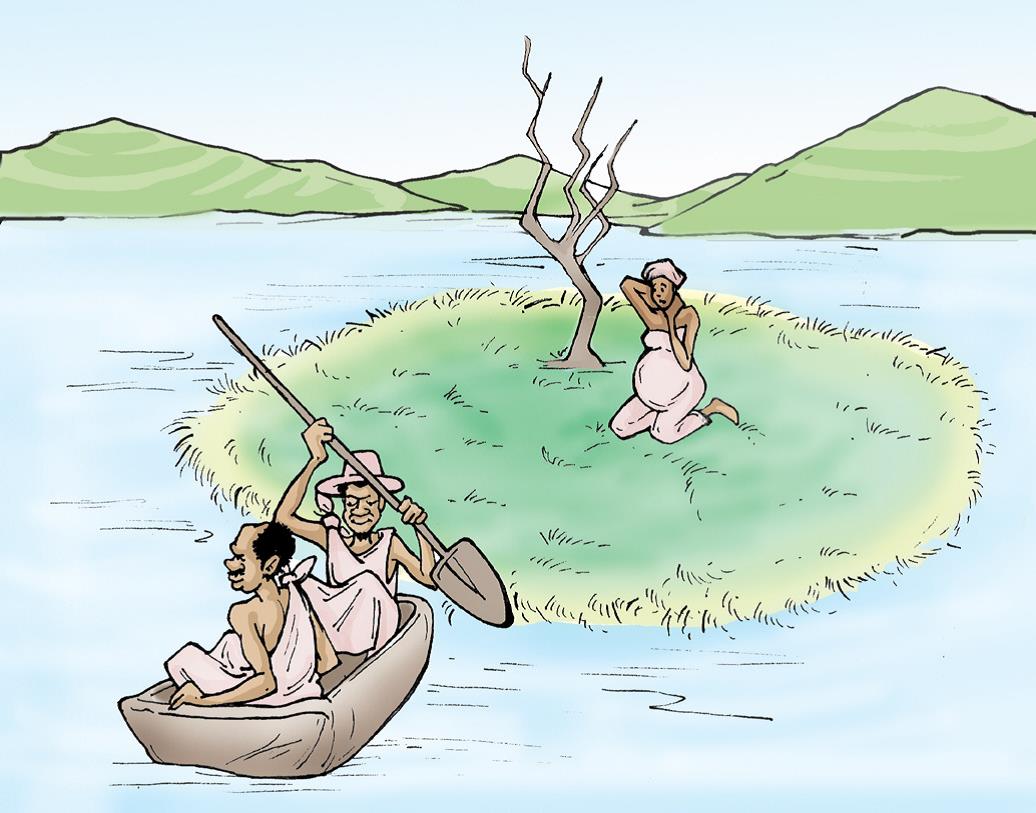 Due the strange story about this island in the old day, no one would rejoice if they were told that they are going to the Akampane Island because it was referred to an unfortunate island. In the ancient days, whoever girl would get pregnant in the community before getting married traditionally was interpreted as a misfortunate and looked as someone who has brought shame to the family therefore the punishment decided for such girls was to ride them in the canoe boat taking them to the Akampane Island, they were always thrown there, abandoned without giving them food or water for about four nights and sometimes left to die. This served as example to others so as they don’t do the same thing. However the lucky ones or fortunate ones were picked up by the fishermen who helped to rescue their lives, others decided to marry them.

This traditional practice was d0ne by the Bakiga local people which are close to Bunyonyi Lake. According to their traditional culture and believes, a girl was only supposed to get pregnant when marriage and if a family married off a girl who is virgin, it meant much wealthy and a lot of pride was given to the family that is one of the reasons that they could get rid of the pregnant girls because they never wanted to shame upon them. Long ago girls did not know swimming so whenever abandoned to this island, the only option was either to throw yourself in the water to drown or wait for your death due starvation, hunger and coldness.

And due to the primitiveness of the people as well as the remoteness of the area, this tradition practice continued even after the coming of the colonialists and missionaries who tried to put a stop on this brutal and ruthless practice.

However the punishment to lead to death of other the pregnant girl, it was an advantage in disguise to those boys or men who had long been admiring to marry the girl but had no resources. These took up the advantage to paddle up to the island and pick up these girls and marry them for free without any dowry paid. Therefore not all girls died but the boys or men would take them to another island where they usually started their new life. When you take a tour to this amazing Island you will get chance to explore other islands where you will encounter with some women who are apparently a living testimony or victims of the girls abandoned on this Island but later rescued by unknown people.

The story about the punishment island is extremely fascinating, though the girl who got pregnant was given such a punishment, the man or boy who gave the girl pregnancy nothing happened to them and they girl mentioned them, therefore it is believed that it is these same man who followed up them and picked them up from the Island to go and start their own new life.