Best time to visit south Africa -The best time to spot unusual sightings in South Africa is from May to September for those interested in wildlife. This is the dry season of this destination and all parks are accessible and rewarding. Mammals are easily spotted around water bodies. However, the parks can still be visited throughout the year and mainly from October to April for birder.

As one of the top safari countries in Africa, it is important to plan for your South Africa Safari and have the best of it after knowing the best time to travel for the activities of your interest. South Africa has been a booming destination for travelers for a long time and it has a developed tourism industry and transportation to different areas around the large country. 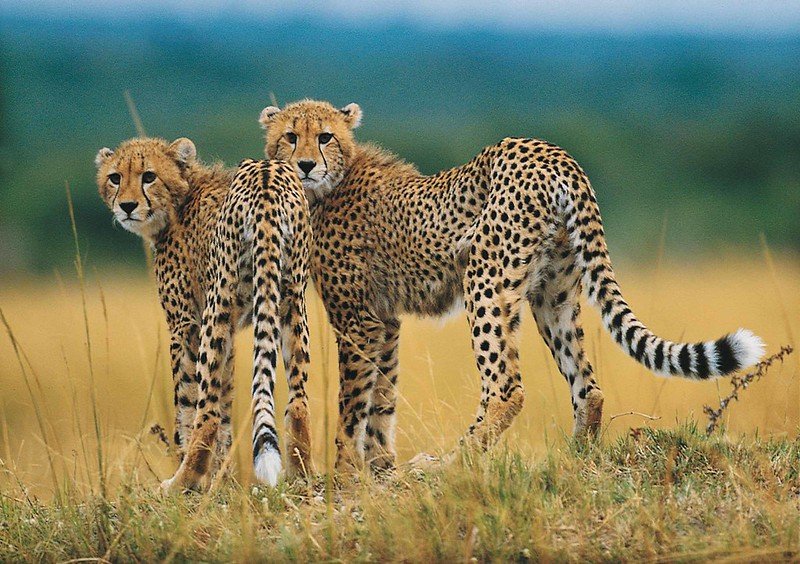 South Africa is located in the southernmost part of Africa and most of its borders are surrounded by the waters of the Indian Ocean and the South Atlantic oceans. The rest of the parts are bordered by other safari countries of southern Africa; Zimbabwe, Botswana and Namibia in the north and Mozambique and Swaziland to the northeast. South Africa is a multi cultural country with the Africans, Asians and whites. It therefore becomes easy to travel and relate with the different races in the country.

South Africa is one of the safest countries to travel to and the best way is to organize for your travel/safari through a tour operator. The place has good security in all destinations and towns as well as at the beaches. Safaris to the country are conducted at any time of the year, but depending on what you want to enjoy at the destination, you may have to consider a specific time for your travel.

South Africa has numerous destinations including the many national parks which each will give different experiences, beaches, Winelands, towns, historical sites, communities with interesting culture and lifestyle, towns and the big resorts. This article gives information about the different destinations in South Africa, the main activities done and the best time to do the activities.

The Kalahari Desert is a beautiful land covered by large semi-arid sandy plains in the southern parts of Africa found in South Africa, Namibia and Botswana. Some areas have few trees and others are charctersed by rolling sand dunes where different activities of great excitement take place. The Kalahari region is also where the Bushmen live and you’ll get an opportunity to see them and their way of life. The area gives beautiful views of the vast plains.

This area has a different climate from most of the African safari countries. During the months of May to August, and September and October, the area is experiencing dry seasons. However, the first dry season of May to august comes with very cold nights while September to October has hot nights. September and October are the best months for motor biking in the Kalahari Desert, especially for travelers who are comfortable with very hot weather.

Those who are interested in game viewing and mind staying in areas with a lot of heat may plan to visit the Kalahari Desert during the wet season when the area is receiving rain. The desert receives rains from December to January and the vegetation starts to grow turning the area into a green land. This is the calving season for the animals in that area. Antelopes will be calving and predators roaming around to hunt for the calves. Other grazers will also be commonly sighted, for example zebras, giraffes, elephants and more. Kalahari national park will be a good place to visit during this period. For travelers interested in game viewing, the best time to visit is from December to January.

Located in the eastern parts of Limpopo and Mpumalanga provinces, kruger national park is one of the largest national parks in South Africa and in the world. It is also popular for its huge concentration of wild animals of various species. It is a home to the big five and other animals including giraffes, impala, warthog, waterbuck, zebra, wildebeest, hippos and several bird species. The main activities of the park are game drives for viewing the wildlife.

For those who are more interested in game viewing, the best time for it is during the dry season which starts in April up to September. During those months, water and grass for grazing are scarce and animals roam around the park searching of r them. This makes it easy to spot the animals moving around the park and also at the waterholes.

Kruger normally experiences the rainy season from October to March. This is the best time for birding because the variety of bird species has been raised by the arrival of migratory birds. Those who travel during this season may enjoy lower rates of lodges since it is normally the low season when visitors are less.

The Eastern Cape is a large area with a lot of activities in different destinations. The region is famous for its adventurous activities in areas such as the Amakhala game reserve, Shamwar game reserve, Lalibela game reserve and the highlands of Drankenburg and the Tsitsikamma. These highlands offer thrilling hiking experience. The best time to visit the Eastern Cape is during the dry season from April to September. It is a perfect time for both game viewing in the reserves and hiking.

Limpopo is one of the provinces in South Africa with diverse cultures among which are the Venda people. The province is located in the northernmost part of the country and is also famous for having various historical sites. The Venda people have an interesting culture and a visit to their communities exposes you to some of the way they live, their tradition and more.

Mapungubwe national park in Limpopo has different cute animals and landscapes and game viewing in the area is really impressive. Other exciting activities in this province are Hot air balloon flight, Zip lining among others. The best time to do these activities is during the dry season from May to September. Seasonal water holes are dry and pasture is scarce, therefore animals move around the park in search of food and water and this makes it easy to spot them.

Just like in most destinations, the best time for birding in Limpopo is during the rainy season in November.

This place is located in the southeast of South Africa near the Indian Ocean. It is famous for holding history of the Anglo Boer war. This is where the war took place and visiting the place creates an unusual feeling of being in the historical site. KwaZulu Natal also has a number of game parks which attract people who are interested in game viewing. In addition to all this, its position along the coast is the reason for the beautiful relaxation areas.

KwaZulu has game parks which are some of the best birding areas in the country. During the hot wet summer which comes in the months of November to March, migratory birds will have started arriving and this makes one of the best birding periods. However it is the same season when the area receives rains accompanied with thunderstorms and those who are interested in game viewing are advised not to visit the place during this period because animals have water everywhere and they may not make long movements around the parks.

Another season for bird watching is from May to December. This season involves more migratory birds. Seas turtles are more easily spotted from December to November.

In conclusion, with all these amazing destinations and much more that have not been mentioned including more national; parks, cities, winelands, coastlines and others, South Africa remains one of the top African safari countries to visit. It offers the best experiences for game viewing, relaxation, visiting historical sites and interacting with the different indigenous tribes and other cultures and much more adventurous activities which can be enjoyed at different periods of the year.

Find out the best time to visit Cape Town