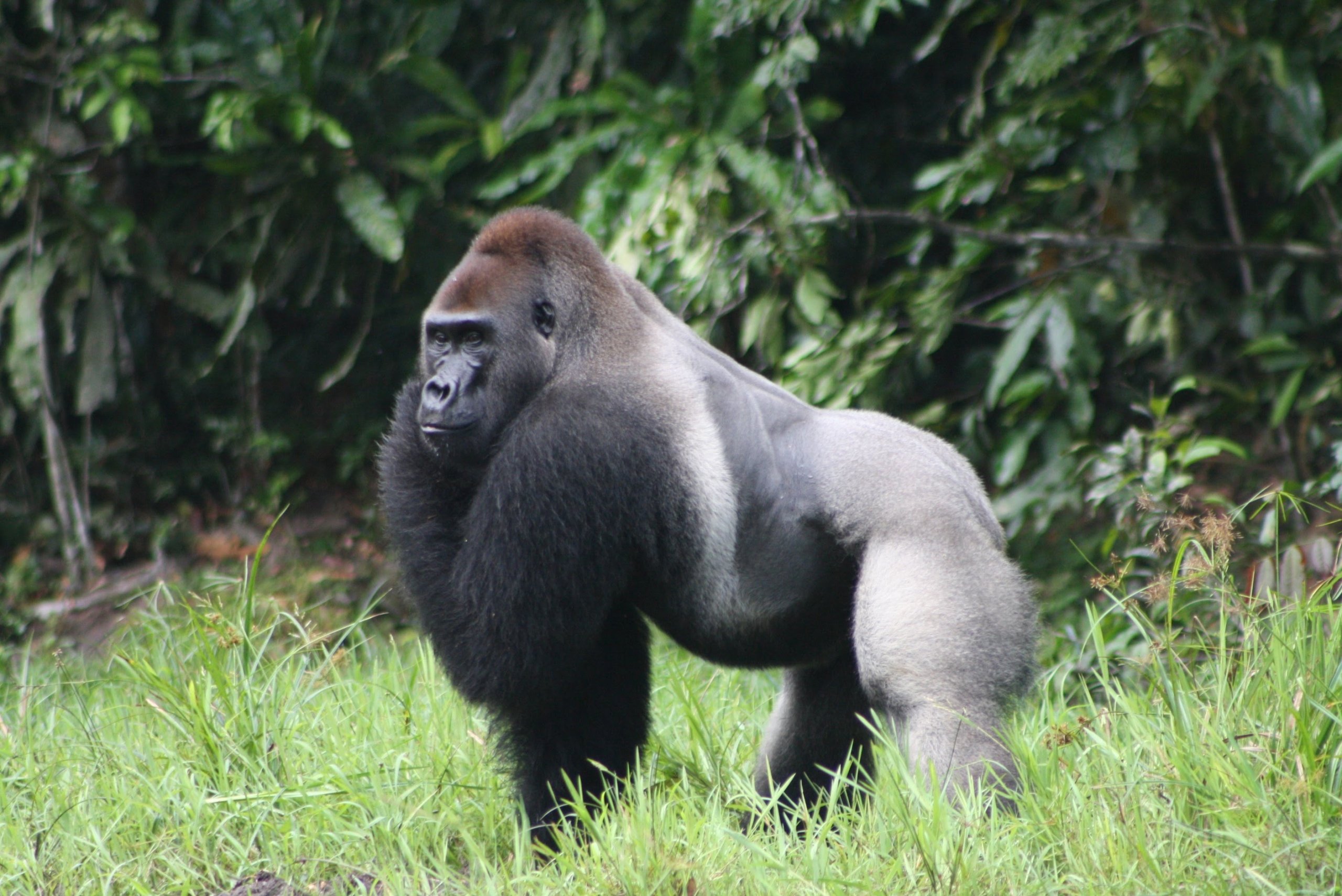 The strongest species of gorilla

The strongest gorilla species are the western lowland gorillas. Find out why this is the strongest species of gorilla .

The cross river gorillas and the western lowland gorillas are closely related to each other and they all live beyond the Congo River basin. They have notable differences from the eastern gorillas; they are much smaller in size, grayish or brownish in color and generally have a lighter color compared to other gorillas.

Mountain gorillas are endangered and can be found only in three countries in the whole world; Rwanda, the DRC and Uganda which has the largest population. These primates are gentle and shy and live on forested slopes of mountains. Mountain gorillas are very impressive animals regarding their physical appearance and behavior. They are lovely and an hour that is given to tourists to interact with them is always worth the energy put in to hike to their locations. In Uganda, a gorilla permit costs $600, in Rwanda, it costs $1500 and it costs $400 in the DRsC.

Mountain gorillas are large and strong. They have longer and thicker fur which enable them to stay on the cold slopes of the mountains. A mature mountain gorilla weighs up to 200kg and can be high up to 168cm. mountain gorilla live in groups also also known as families

The eastern lowland gorillas also known as Grauer’s gorilla are found in the lowland tropical rainforests of Kahuzi Biega national park and Maiko national park in the DRC. They are the largest of all the four species. A fully mature male Grauer’s gorilla can weigh up to 250 kilograms. They are large in size with strong large hands and stocky bodies. They can reach a height of 2 metres when standing. They feed on fruits, seeds, stems, leaves, barks and small insects.

The strongest species of gorilla are the western lowland gorillas. Find out why they are the Strongest gorilla species. The strongest Gorilla in the world

Gorilla strength: How strong is a gorilla?