Swaziland Safaris – Swaziland is one of the smallest countries on the African continent but is surprisingly endowed with numerous unique attractions that no other country will closely offer. It is bordered by South Africa to the north, west and south and Mozambique to the northeast. Popularly known as Swaziland, its name was recently officially changed to eSwatini by king of the monarchy who heads the nation. This is an indication that the people of Swazilland still have authentic cultural norms and traditions, therefore a good destination for an exploration of the life style and culture of Africans in South Africa. 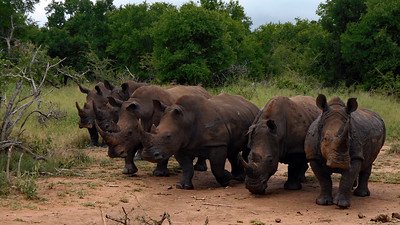 Explore Swaziland on a safari through the best of her wildlife destinations with lovely animals, breathtaking sceneries and the rolling hills that make hiking a glamorous activity of the day. Some of swaziland’s exceptional national parks and game reserves are Hlane Royal national park, Mlilwane wildlife sanctuary, Malolotja nature reserve, Mkhaya game reserve (well known for white and black rhinos) and Mlawula nature reserve among others. They have a rich diversity of species for animals, reptiles, plants and birds including the Big 5 (white and black rhino, elephant, lion, buffalo and leopard), wildebeest, zebra, sable antelope, Livingstone’s eland. Lions and other threatened species are protected in fenced-in sanctuaries.

The best time for wildlife viewing is during the dry winter season which starts from June and ends in September while birding is perfect from November to April after arrival of migratory birds.

Tour around the fascinating Ezulwini valley which is perfectly set between Swaziland’s mountains and savannah plain. It will give a great exploration of the rich tradition and culture of Swaziland at Royal Swazi Sun casino, alongside the hospitable people and their delicious food. A visit to Shewula nature reserve is also a good alternative for tradition and culture while people from Mantenga Cultural village in Mantenga falls nature reserve are superb perfect in traditional songs and dances

There are other interesting activities in Swaziland that can be combined with wildlife tours;

Because of preserving her culture, Swaziland hosts some of the biggest and most exciting cultural festivals. Incwala is a kingship cultural ceremony that takes place from December to January and Umhlanga reed dance at the end of august or beginning of September. Spare some money for souvenirs and grab yourself some of the most elegant batik prints, jewellery and carved masks at the Swazi candles craft market.

There’s always great opportunity all for white water rafting at Swaziland’s largest river- the Great Usutu. The best time for water rafting is from November to April.

A tour around the second largest exposed granite dome in the world is one of the things you ought not to miss on your Swaziland safari / Eswatini Safari.