Tag Archive for: kabalega of bunyoro

You are here: Home / Safari Blog / kabalega of bunyoro 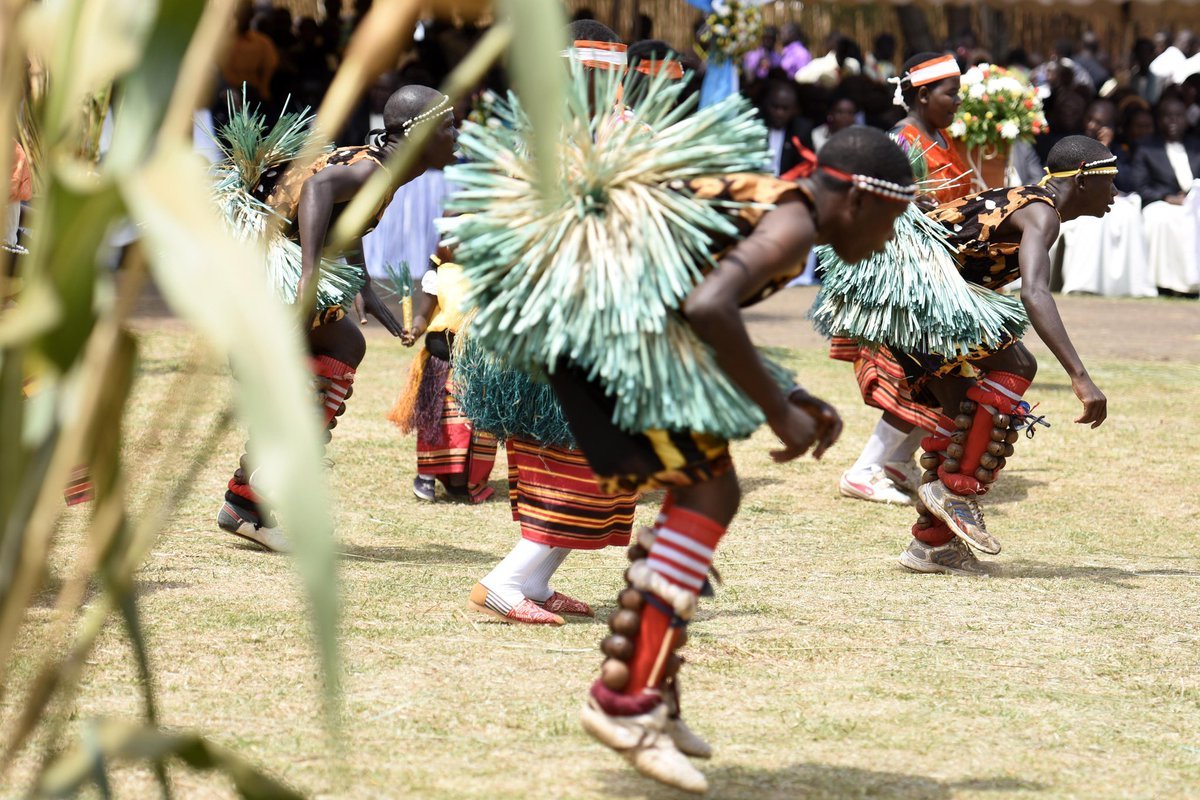 Bunyoro People, Culture and Traditions – Complete guide on Bunyoro Kingdom, and the way of like of the Bunyoro people of Uganda.

The People and Culture of Bunyoro

Bunyoro Kingdom – Located in the western part of Uganda, Bunyoro was one of the most powerful kingdoms in East and Central Africa from 13th century to the 19th century. It was an extensive and prestigious kingdom with strong rulers whose word was highly respected by his subjects.

According to history, the kingdom of Bunyoro-Kitara was started after the collapse of the Empire of Kitara in the 16th century by the Abatembuzi who were succeeded by the Bachwezi (Chwezi). Areas of Lake Victoria, Lake Edward and Lake Albert were all under the control of Bunyoro-Kitara kingdom.

Bunyoro-Kitara kingdom occupied areas of Hoima, Masindi, Kabarole, Kibaale and Kasese districts and some parts of Eastern Congo, Northern Tanzania and Western Kenya. The kingdom was not only large but very powerful and organised as well. All this is now history as it now covers a small part of western Uganda due to intentional, orchestrated and malicious marginalization that happened during the days of colonialism. Under the strong influence of King Cwa II Kabalega,  Bunyoro kingdom is one of the kingdoms that fiercely resisted colonialism in the region. Cwa II Kabalega is one of the strongest kings in the history of Uganda, east Africa and Africa at large. Together with his army that was known as “Abarusuura” meaning soldiers, they staged a bloody resistance against colonialists. Kabalega attacked colonial forces and was captured and sent to exile on the Seychelles Islands. This could not leave the kingdom the same as the economic, social and military organizations were all affected and never go back their previous organization and strength. The kingdom faced more problems including a systematic genocide, invasions which led to death of many people, huge reduction of food production, diseases and many more horrific things that brought the kingdom to total reduction.

The book “Breaking the Chains of Poverty” by Hon. Yolamu Ndoleriire Nsamba who is the private secretary to the Omukama of Bunyoro thoroughly explains all the dreadful things that were done by colonialist and other foreign invaders. It also includes many other historical events and actions that made the Bunyoro “a kingdom bonded in chains of poverty”.

The ruler of Bunyoro-Kitara kingdom is known as “Omukama of Bunyoro” meaning “King of Bunyoro” and the current king (Omukama) is the Omukama Rukirabasaija Solomon Gafabusa Iguru I who is the 27th king of this kingdom. The title of the wife to the king is “Omugo” meaning “queen”. The wife to Omukama Solomon Iguru I is Omugo Margaret Karunga. The Omukama of Bunyoro is important and has great influence in the politics of the country more so in his territory and his people of Bunyoro. Bunyoro palace which is known as Karuziika Palace is located in Hoima district.

The people of Bunyoro are called Banyoro or Nyoro (and Munyoro for singular). Their language is known as Nyoro or Runyoro. The main traditional economy of the people of Bunyoro was big game hunting for lions, leopards, crocodiles and elephants among others which was later on replaced by agriculture. They now grow crops including cassava, millet, bananas, rice, coffee, tobacco and cotton among others.

Politically, Omukama (the king) has an assistant, the Principal Private Secretary, a cabinet of 21 ministers and a parliament known as “Orukurato”.

Besides the impacts of the colonial intruders and other foreigners, the decline of Bunyoro Kingdom was also as a result of internal divisions whereby Buganda grabbed Kooki and Buddu regions from the kingdom at the end of the 18th century and Tooro also separated from the kingdom demanding ownership of most lucrative salt works. Rwanda and Ankole in the southern part of the kingdom were growing rapidly and they also separated and established small kingdoms in areas that were under Bunyoro.

The traditions of Bunyoro

A village was run by an elected leader chosen by the eldersw in the village. The village leader was known as “mukuru womugongo”. All families were led and run by the eldest man of the family who had a title “Nyineka”.

As long as one could afford polygamy, it was traditionally accepted and normal among the Banyoro. It however caused many marriages not to last as divorce was also a common thing among them. Since there was fear a marriage may not work out, traditional exchange that is meant to be taken to the girl’s family when marrying her was not normally paid immediately, but rather after many years of marriage. Premarital sex was very common among the people of Bunyoro.

Babies were given names a few months after birth. Giving of the name was done by the close relatives and the father of the child had the final word regarding his child’s name. The baby was given two names; a personal name and a traditional name known as Empaako. It was common that relatives considered specific features on the baby, important or special situations during the birth of the child or probably to honor a former family member when choosing which name to give the baby.  That’s why most of their names are Runyoro words and can be translated as a sentence or statement.

Among the Banyoro, death was brought by the work of evil magic, ghosts and related stuff. It was believed that gossiping magically affected or harmed people. The deceased was attended to by the oldest woman of the household whereby she cleaned the body, cut the hair and beard and closed his/her eyes. They would leave the body for people to view while weeping though men were not allowed to weep.

If the departed was the head of the household, different grains (known as Ensigosigo) were put in his hand and his children were allowed to pick a small part of the grain and eat it. This act was done to pass on the magical powers to the children.

One or two days later, the body of the deceased would be wrapped in cloth and thereafter a number of rites would follow. Only when it was the head of the family who had died, the following rites would be done;

Pregnant women were not allowed to participate in the funeral because they believed that the negative magical forces related to burial would be too strong and could affect the unborn baby which could possibly lead to its death.

In case the person died while still holding any grudge or unfinished business with another person or family, they would fill his/her mouth and anus with clay to prevent the ghost from visiting.

Burying of the dead was not done during the day as it was believed that it was dangerous if the sun shines into the grave. Only women and children were allowed to weep, but when it came to taking the body to the grave, these women were required to moderate their weeping because it was prohibited to do it at the grave. After burial, family members would cut some of their hair and it would be put in the grave. Whoever participated in the burial would also thoroughly wash themselves after the burial because they believed that the negative magical forces could harm crops.