Tanzania is the most impressive African Safari destination with typical wilderness in its national parks that can easily be located in their respective circuits; the Northern circuit, southern circuit and the western circuit which you can explore while on your Tanzania safari. There are 17 national parks that occupy about a third of the total area within the geographical territories. 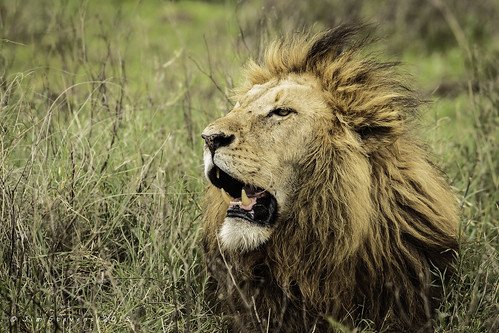 The best and famous national park in Tanzania is Serengeti national park because of the Wildebeest great migration. A combination of Serengeti national park and Ngorongoro crater on a safari makes the perfect adventurous wildlife tour in Tanzania with the high chances of spotting the big five in their natural habitat. The crater is located in the Ngorongoro conservation area, inhabited by the Maasai people who widely reside close to national parks and also known for making some of the best and strong handmade craft items. Lake Manyara is also attractive with a number of animals which such as elephants, flamingos, buffaloes, zebras and lions among others. Therefore its recommended to include the northern circuit on your Tanzania Safaris.

The southern circuit has the most fascinating attractions including the elephants, high numbers of predators especially lions, leopards and buffaloes. It receives fewer visitors than the northern circuit despite its thrilling sites.

Besides wildlife destinations, there are much more beautiful areas to visit just across the coast. Tanzania has beautiful islands of Zanzibar, Pemba and Mafia which are very perfect places for relaxation with the freshest breezes. These would be recommended to wind up your Tanzania Safari before embarking on the return journey back home.

Mount Kirimanjaro has the highest peak in Africa and is an exceptional site to visit if you need to watch the beautiful snow after hiking through different types of vegetation till you reach the summit standing at 5,895m. The mountain has three ranges; Shira, Kibo and Mawenzi and the highest peak is found on Kibo.

The best time to visit Tanzania

Parks in the northern circuit offer a lot of attractions and views throughout the year whereas the perfect time for spotting a variety of animals in the other circuits is during the dry season from June to October to encounter the great wildebeest migration. January and February is also good to see the wildebeest calving. Best days for mountain climbing on Mt. Kilimanjaro are also the dry season from late June to October.

Read more about the best time to visit Tanzania