Queen Elizabeth national park is the second biggest among the parks in Uganda after Murchison falls national park, the park is located in western Uganda in the districts of Kasese, Kamwenge, Rubiri and Rukungiri, the park from Kampala, is situated approximately 400 km by road and the drive time is about 6 h 25 min passing through Masaka to Kasese road. the park is famously known for harboring the big five game namely the lion, leopard, elephants, buffalos, Rhinos as well as Murchison falls national park and Kidepo valley national park are known for harboring the big five wild game. Not only that, queen Elizabeth national park has also some primate species that can be sighted here in Maramagambo forest including; chimpanzee, baboons, and the monkeys. There are over 95 mammal’s species spotted here including; the Uganda kob, Warthogs, duikers, and the big five game (lions, elephants, buffalos, Buffalos and Rhinos currently at Ziwa rhino sanctuary enroute to Murchison falls national park , in case you would like to visit the Rhino sanctuary, some visitors would take part as enroute stopovers or even take part in Rhino trekking at an affordable fee of $50 per person taking part in Rhino trekking.

African elephant; the elephant grows up to height of about 14ft for a matured elephant and 30ft in width which makes it the largest mammal in the world. It also derived its name African elephant from the map of the African continent since it’s believed to be having shaped ears like the map of African. The elephant is herbivore mammals in the wild, because of its size, its difficult to hunt it and ability to camouflage in tall savannah grasslands. Queen Elizabeth alone harbors over 2500 elephants roaming around the forest reason enough for you to visit queen Elizabeth national park, the elephants can survive in the wild for about 50 to 70 years or even 80 years for an adult elephant, a male elephant weighs between 3500kgs to 12000 kgs and for the baby elephant weighs around 125kgs.

The elephants are herbivores animals, their daily meal is grass, tree branches, shrubs, twigs, leaves and in a day, they get to feed at least 140-270 kgs. An adult elephant consumes up to 300 kgs and takes over 30-50 gallons of water on daily basis. Elephants are social and they live in the group of about 100 members. The female elephant is known to be smaller than the male ones, they always protect their families and the young ones from any cause of harm. The forest elephants, can also be found in other national parks like; Kibale forest national park, lake Mburo forest national park, Murchison falls national park, kidepo valley among others. 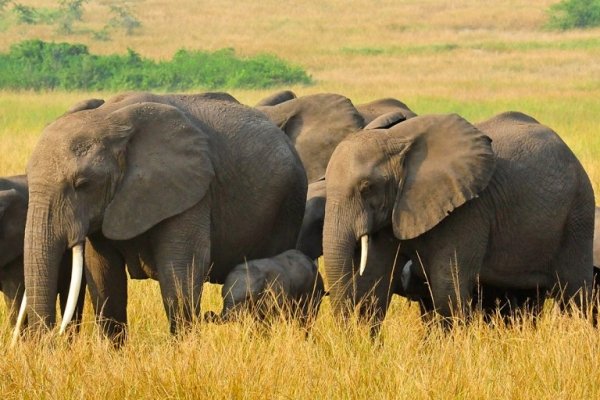 Lion, the lions are the largest carnivorous species because their diet is 75% of flesh, they are found in the savannah woodlands and known as the king of the jungle .the lions feed on prey such as antelopes, kobs, buffalos and many others that roam around the Savannah grasslands, feeding on the vegetation and others who go to drink water from the nearest water spots .the largest lion weighs up to 150-250kg, the female is a bit smaller than the male lion and the male is found to be so aggressive and fierce. ’Lions are more sought of among animals’’. 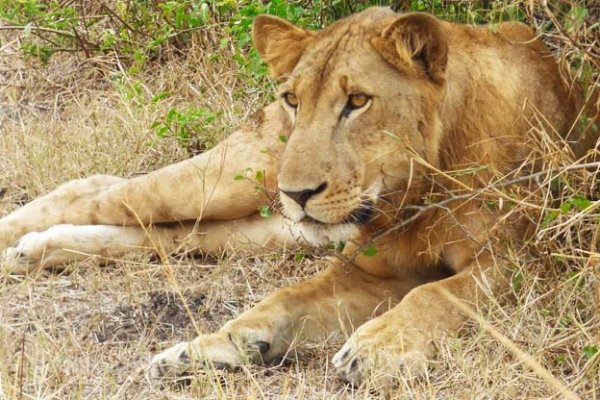 Leopard; They belong to the cat family they are carnivorous animals and feed on prey as a source of food. Unlike the lions, the leopards are ever fierce and not scared and can live among other animals but so secretive making them hard to hunt by lions and other carnivorous animals for prey. Leopards are not only found in Murchison falls national park, but can be found in other parks like Queen Elizabeth, Lake Mburo, kidepo valley national park and others. The leopards are mostly nocturnal animals unlike other cats, they are commonly seen during night game drives in queen Elizabeth national park these implies that, they are more active at night than during day. Therefore, they are easily seen at night than during day game drives. They prefer thick bushes or climbing of tall trees to protect their hunt from lions. They feed on foods like the antelopes, fish, reptiles, birds, baboons, monkeys and others. 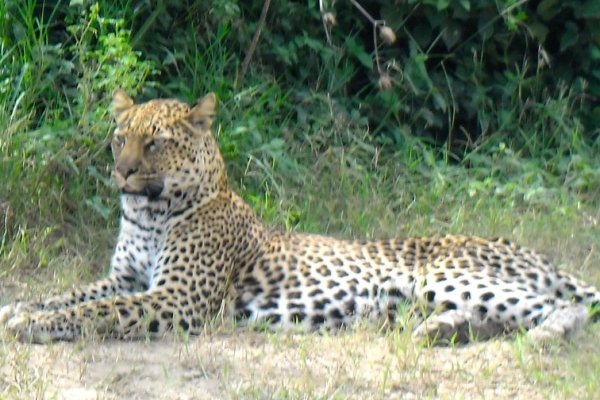 African Cape Buffalo; this is another exciting big animal that you shouldn’t miss to see at any point of your visit in queen Elizabeth national park as well as Murchison falls national, lake Mburo and kidepo valley national park and many more .they are so protective and live among themselves in herds of about 2000spieces with male as the king dominating the female. 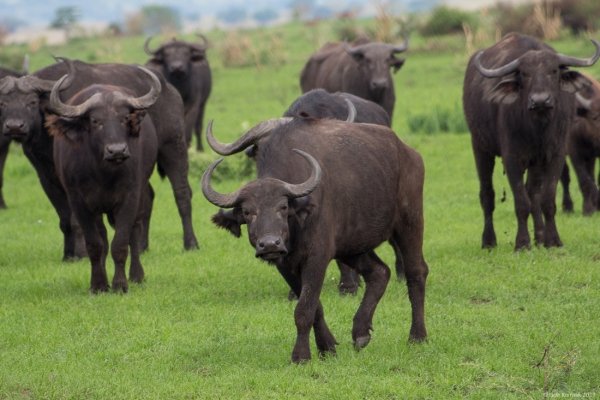 The hippopotamus; is also among the big five game in queen Elizabeth national park, and it’s one of the greatest attractions in queen Elizabeth national park. the hippos are the second largest among animals after the elephants, the hippos are herbivores animals and they feed on grass and can consume up to 150 pounds of grass they live on land and in water during day to cool their bodies from the heat of the sun. the hippos live for about 40-50 years in the wild and weigh up to 3 tons. 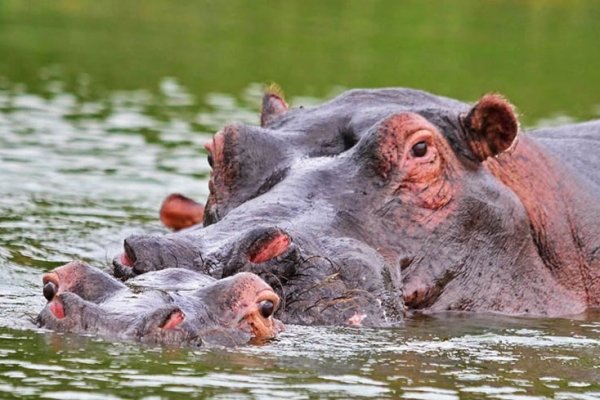 In queen Elizabeth national park, the hippos are sighted during the boat cruise on the Kazinga channel which connects lake Gorge to lake Edward. This area is registered with the highest concentration of hippos in the water body. In Uganda, hippos can also be sighted in Murchison falls national park, lake Mburo, Semuliki National park.