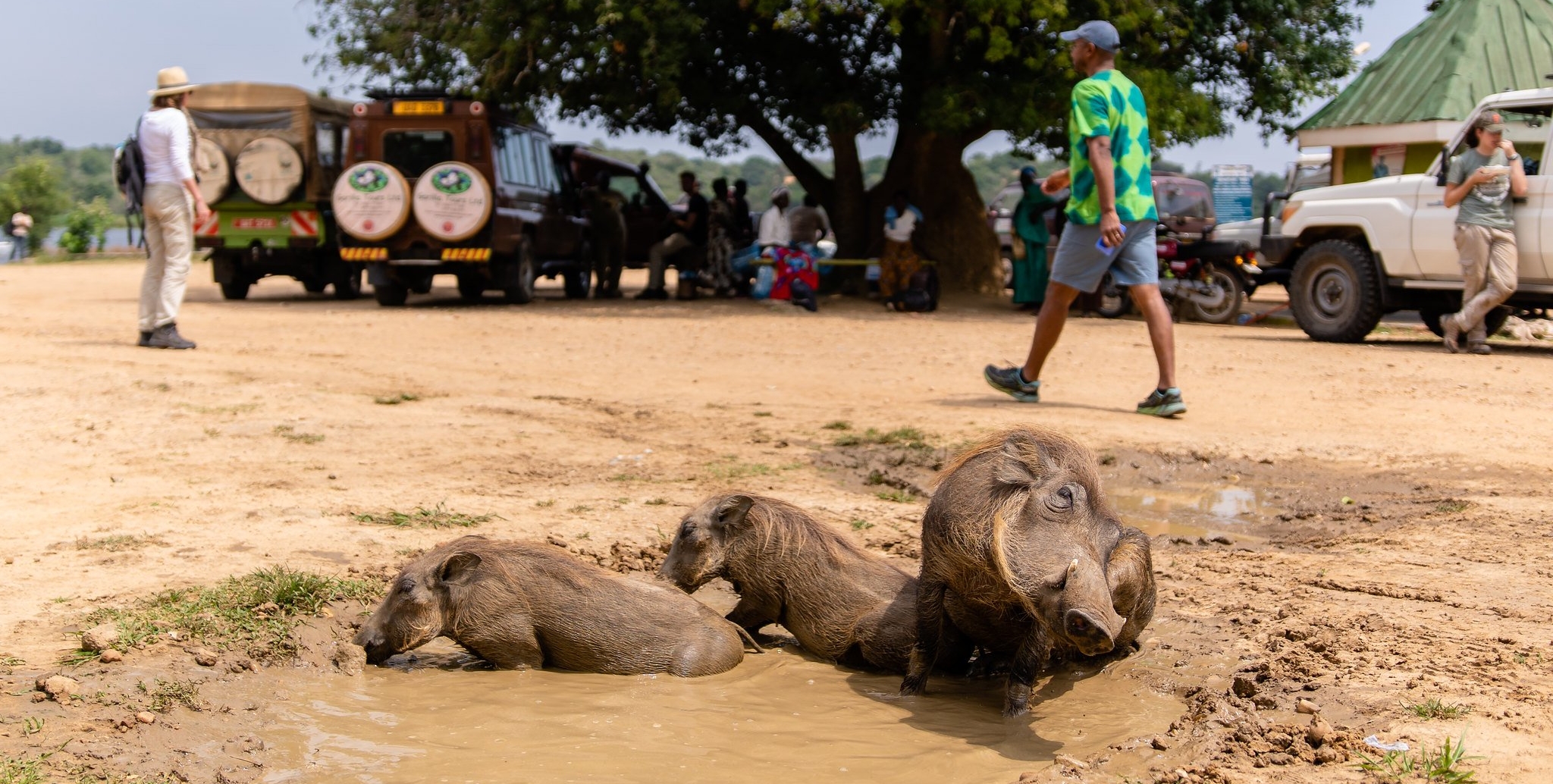 Visit Uganda – This is a complete travel Guide for tourist planning to Visit Uganda for a Safari and other reasons. Uganda, also known as the pearl of Africa is one of the top tourist destination in East Africa with several attractions for you to visit and enjoy. Tourism in Uganda has developed over the past years and therefore the number of people visiting Uganda has greatly increased.

Things to Do in Uganda: What to See when you visit Uganda

Tourism in Uganda – Uganda is one of the countries which welcomed explorers, missionaries and other travelers from Europe who had come on different missions but were amazed at the beauty that was hidden in this part of Africa. They saw a lot of interesting things in the region and appreciated, they named some of them after themselves or their leaders. Churchill was overwhelmed by Uganda’s wondrous environmental attributes, good climate and other things and termed it “the Pearl of Africa” which is today her brand name. 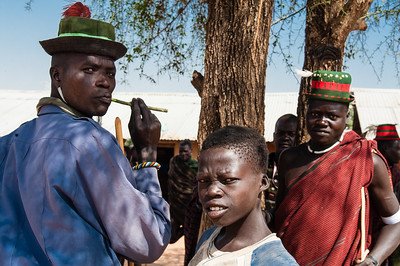 Uganda is a comfortable place to stay because of the good climate. It has a tropical climate characterized by two seasons; the dry season and the wet/rainy season. There are two dry seasons from December to February and the second one from June to July and two rainy seasons in the months of September to November and from March to May. During the hottest months (January and February) the temperatures rise to a maximum of 330 C but the case is different in the northern part because it is hotter and temperatures can reach about 400 C.

There is a variety of things to see when you visit Uganda, including wildlife, mountains, water bodies, museums and historical sites among others. The highlight for travel to Uganda is an experience of the wildlife though a range of non-wildlife activities are combined with the tour to make it an incredible Uganda safari. This article summarizes the top attractions in Uganda and the things you can do when visiting Uganda it for a safari tour. They include;

Bwindi Impenetrable forest national park is a popular African destination because it is the prime gorilla trekking destination. It is home to approximately half of the world’s remaining population of mountain gorillas and trekking in this park offers the highest chances of seeing the gorillas more than in any other mountain gorilla destinations. Apart from gorilla trekking, other things to do around Bwindi include birding, Batwa experience, community walk and cultural encounters and nature walks. Its therefore recommended that you include Bwindi Gorilla trekking on your to do list when you visit Uganda.

Mgahinga national park is located near Bwindi national park and it is also a home to mountain gorillas. It is located in the far southwestern part of Uganda and is part of the Virunga Conservation area. Mgahinga is also home to golden monkeys and many other forest mammals including forest elephants, forest buffaloes and bush pigs among others and about 300 bird species. Mgahinga also hosts three of the eight Virunga volcanoes. Things to do in Mgahinga national park are gorilla trekking, golden monkey trekking, bird watching, hiking the volcanoes and nature walks. You can also go for Batwa trail experience to get an insight of how the Batwa lived in the forests around the region before they were evicted.

Murchison falls National Park is located in the northwestern part of Uganda. It is Uganda’s largest national park and has a large popular of different kinds of animals which are easily spotted around the savannah grasslands, the acacia grasslands and in other vegetation of the park. The park is divided into two parts by the Nile which at some point forces through a 7meters gorge and forms the strongest waterfalls in the world known as Murchison falls. Getting to the waterfalls and watch the thunderous water flow through the gorge gives an exceptional thrill. This is one of the destinations with a lot of exciting things to do including hiking to the top of the falls, a boat cruise along the Nile, game drives, bird watching, nature walks, chimp trekking in Budongo forest and Hot air balloon. Murchison falls National Park is laos a great place for honeymoon and relaxation.

Lake Bunyonyi is the second deepest lake in Africa after Lake Tanganyika in Tanzania. This lake is beautifully dotted with 29 islands which you can visit by use of a canoe. This place has a lot of small birds from which its name was derived. Bunyonyi locally means “small birds”. The area offers spectacular views of the Virunga volcanoes. You can go canoeing, bird watching or ride bikes when you are at Lake Bunyonyi.

This is the second largest national park in Uganda after Murchison falls national park and it is popularly known for the Tree climbing lions found in the southern sector called Ishasha. The park has five vegetation types which include savannah grasslands, acacia grasslands, swamps and wetlands, bushes and thickets and forests which harbor a range of animals such as elephants, buffaloes, water bucks, warthogs, Uganda kobs, leopards, lions and hyenas among others. Its forests are habitats for primates including chimps, black and white colobus monkeys, vervet monkeys and olive baboons among others. Queen Elizabeth national park has the highest number of bird species in East Africa. Queen Elizabeth national park also has a range of things to do. They include; lion tracking, game drives, bird watching, chimp trekking, boat cruise, nature walks, a drive around thye craters, a visit to the bat cave and forest walks.

Are you looking for an outstanding destination fopr chimp trekking? Kiable national park is the ultimate place to offer an extremely thrilling tour for chimp trekking. This park is a tropical forest with a dense population of chimpanzees. Booking for your chimp trekking tour in Kibale offers a chance of 98% to see the primates. Apart from chimp trekking, you can do birding, community walk and chimp habituation in Kibale national.

Source of the River Nile, Jinja

The length of the River Nile is debatable as some documents say that it is the longest river while others say that it is the second longest river in the world. Regardless, it is clear that the river’s source is in Uganda. River Nile starts its journey from East of Uganda as where it exists from Lake Victoria flowing northwards through Lake Albert. This initial section of the Nile is a great site for a number of activities including boat cruise to the source of the Nile, white water rafting, kayaking, horse riding, riding quad bikes and relaxing at the River.

Lake Victoria is the largest fresh after lake in Africa and second in the whole world after Lake Superior. It is shared by Uganda, Kenya and Tanzania. It is on this lake where we find the beautiful Ssese islands which you can visit for different activities. Lake Victoria has cool relaxation areas like beaches and resorts.

Lake Victoria also hosts the Ngamba Island where we have the only Chimp sanctuary in Uganda. A visit to the sanctuary offers an opportunity to participate in activities of caring about the chimps there.

The Rwenzori Mountains are the major destination for hiking in Uganda. They have the highest peak in Uganda standing at a height of 5109m above the sea level. The hike Mount Stanley which is one of the ranges leads you to the snow caped peak. As you hike along the Rwenzori mountains, you come across waterfalls, streams of water, rare vegetation and rare species of wildlife like the three horned Jackson’s Chameleon among other things.

The Sipi falls in Kapchorwa district in Eastern Uganda are one of the most beautiful place to visit when travel to Uganda. There are three waterfalls at different but close location. Getting to the falls requires a hike and once you reach there, you will be thrilled at what you will see.

Fort Portal is a tourism town in western Uganda. It is a beautiful town with several hills and a range of attractions including Amabere Ga Nyina Mwiru, the palace of Toro kingdom, Karambi tombs, the crater lakes and the tea plantations. You can also camp in the nearby areas like at Lake Nkuruba Nature Reserve.

Kampala is the capital of Uganda. Located in the central region, Kampala is the largest and busiest city in Uganda. The city was established in an area with a hilly terrain which gives it a unique beauty on the various hills. There are 7 main hills on which the city started though it later on extended further. Places to visit in Kampala include the Uganda Museum, Namugongo martyrs shrine, Kasubi tombs, Bahai temple, Mengo palace, Rubaga Church, Namirembe Cathedral and Nakasero among others.