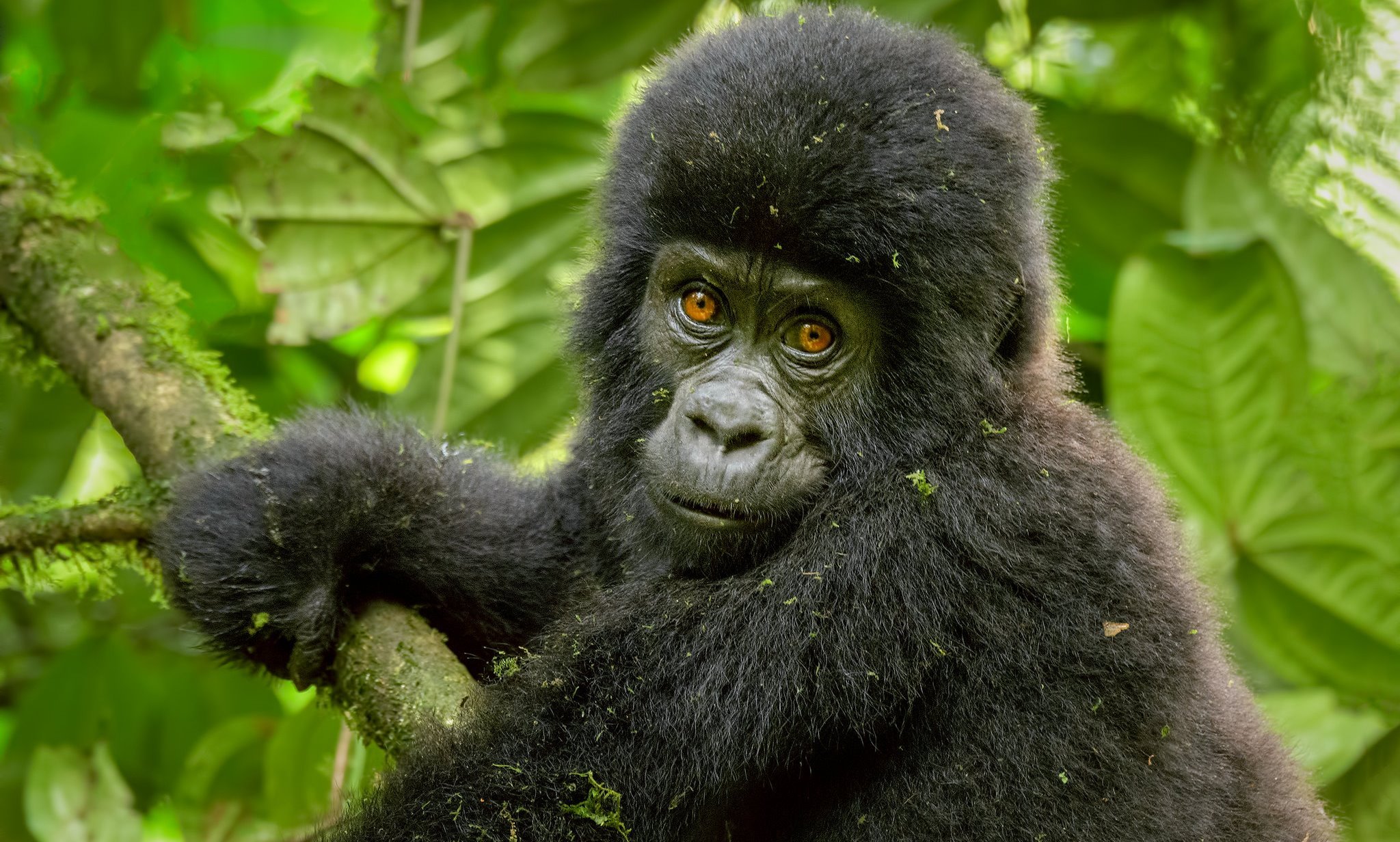 Volcanoes national park Rwanda is situated along north western part of the Rwanda, the park covers an area of approximately 160sqkm and covered by the abundant rain forest which is a habitat for various wildlife. Volcanoes national park extends up to the Virunga area with over five volcanoes in the Virunga mountains, including Karisimbi, Bisoke, Gahinga, Sabinyo, Muhabura, the park boarders Virunga from the democratic republic of Congo and Mgahinga in Uganda all together forming the great Virunga conservation.

The park is famously known to be the home of the mountain gorillas best suitable for gorilla trekking and golden monkey trekking and also enables habituation experiences which is carried out all year round at the park. Getting to the park is quite easy since the park is located just 2 hours’ drive from Kigali Volcanoes airport driving North western part of Rwanda.

How to get to Volcanoes national park Rwanda

As there are no scheduled domesticated flights that offer safari trips to volcanoes national park, many visitors therefore resort for road transport which is also convenient and most preferred way of exploring the park.

The most popular means of transport preferred by many clients is road transport with 4×4 vehicle and driver guide, From Kigali international airport, the drive is a bout 10km north of Kigali. The park can be accessed from Musanze a small village in Rwanda.

Volcanoes National Park Rwanda has several gorilla habituated families ready for trekking and others for tourism and research studies, for any person taking part in gorilla trekking activity, you required to obtain a valid gorilla permit, this is a card that allows you to trek the gorillas in their natural habitat. The gorilla trekking permit goes for $1,500 per permit and per person trekking for Rwanda except Uganda which is currently $600 per permit and its due to be increased to $700 by July 2020.

Each gorilla family is given a name and its being led by a male species known as the silverback, he protects the young ones and the females from its groups. Which include;

Bwenge is one of the gorilla habituated groups found in Volcanoes national park in Rwanda, the family is comprised of 11 member and led by one male known as the silver bark who protects the family, they mainly occupy the slopes of mt. Bisoke. The name Bwenge literally meant wisdom, the group is believed to have experienced dark times during the formation of their family, it happened to have lost six of its infants causing a lot of difficulty for the gorillas.

Titus gorilla group as named after Titus the silver bark gorilla born during the days of Dian Fossey and this was the family group studied by Dian Fossey a researcher at Karioke. Titus was the only one left after all his family was murdered during the days of high poaching by the hunters, he lived and later was joined by five other members that formed Titus gorilla group. These group is situated in mt. Bisoko and Karisimbi slopes.

This happens to be one of the easiest groups to trek, as they roam around the gentle slopes of mt. sabinyo and Gahinga slopes the group is easily accessed during the gorilla trekking activity in the forest. sabinyo group contains 13 members and 2 silver backs making it one of the largest of all silver backs in volcanoes national park.

Susa group is one of the biggest of all families in volcanoes national park, the group is made up of 33 members and 2 silver backs. The group us famously known for having its twins that is Byisinyo and Impano. Its one of the preferred groups by the hikers and was the first group studied by Dian Fossey. The group lived together but later in 2008, there was internal conflicts within the family, these forced others to move away forming another a group of 15 members and 3 silver backs.

Its easily accessed from kinigi the parks headquarters and the drive time is approximately I hour making it one of the easiest gorilla trekking family.

Amahoro group is known to be peaceful and calm, the group is made up of 18 members and 2 silverbacks, they are found on the slopes of mt. Visoke. accessing the group is quite hard, since it requires hiking steep slopes in search for these primates.

This group was the first gorilla family to be habituated for gorilla trekking habituation experience, at first, the family comprised of only 13 members but later on it merged to 27 members and 1 silver back. This Group recently changed the name to Agashya (meaning special). They live alongside the Sabinyo group and sometimes also moves deeper into the mountain.

This group is made up of 13 members, including 2 Silverbacks, this group was formed by members of the Amahoro family after one of its silverbacks, broke off from the group. he was called Charles he left his family and formed his own group, but still lived in the same territory together with his old group the group is known as the Amahoro Group.

This gorilla group derived its name from the dominant silver back in the group, the silver back historically was known to have migrated from the democratic republic of Congo to Rwanda in 2003 due to pressure from other gorilla family in the area it first lived so it moved to form its own group.

The group was headed by kwitonda who later died at the age of 40 after suffering from ill health that made him deteriorate and probably died due to old age and also pressure from the young ones this might have also caused his death. Currently the family is being headed by Akarevuro who was by then the young one during the times of kwitonda. The two other silver backs accepted the fact that Akarevuro is now the head of the group and they lived peacefully with each other, the group continued to grow and now they are over 28 members making them the second largest gorilla family group in volcanoes national park.

This group is basically comprised of mountain gorillas that live on the upper mountain slopes making them one of the hardest gorilla family to trek since it hiking to the top in search for the gorillas. At first the group was part of the Susa group but later broke off in 2008 and formed their own group and live on the slopes of mt. karisimbi thus derived its name has karisimbi group after mt. karisimbi. The group is made up of 16 members with 2 silverbacks.

The group is made up of 16 members and 1 silverback, the group was formed by the members of group 13 and Sabinyo group and they lived on the steep slopes of mt. Sabinyo and mt. Gahinga and the group is famously known for its twins born in 2011.The group was habituated in 2006 and it happened to be the first gorilla habituated family thus derived its name Hirwa to mean (Lucky one) and they are also one of the easy gorilla group for trekking.

Ugenda literally means (mobile), this gorilla group happened to be moving a lot from one place to another they never settle in one position thus the name Ugenda. This mobility makes the gorillas difficult to trek since it involves hiking for longer distances in search for the gorillas, the family comprises of 11 members and 2 silverbacks. This family group is found a round Mt Bisoke in volcanoes national park.

What do gorillas eat?