Safari Blog
You are here: Home / Safari Blog / Gorillas / What is a group of gorillas called? 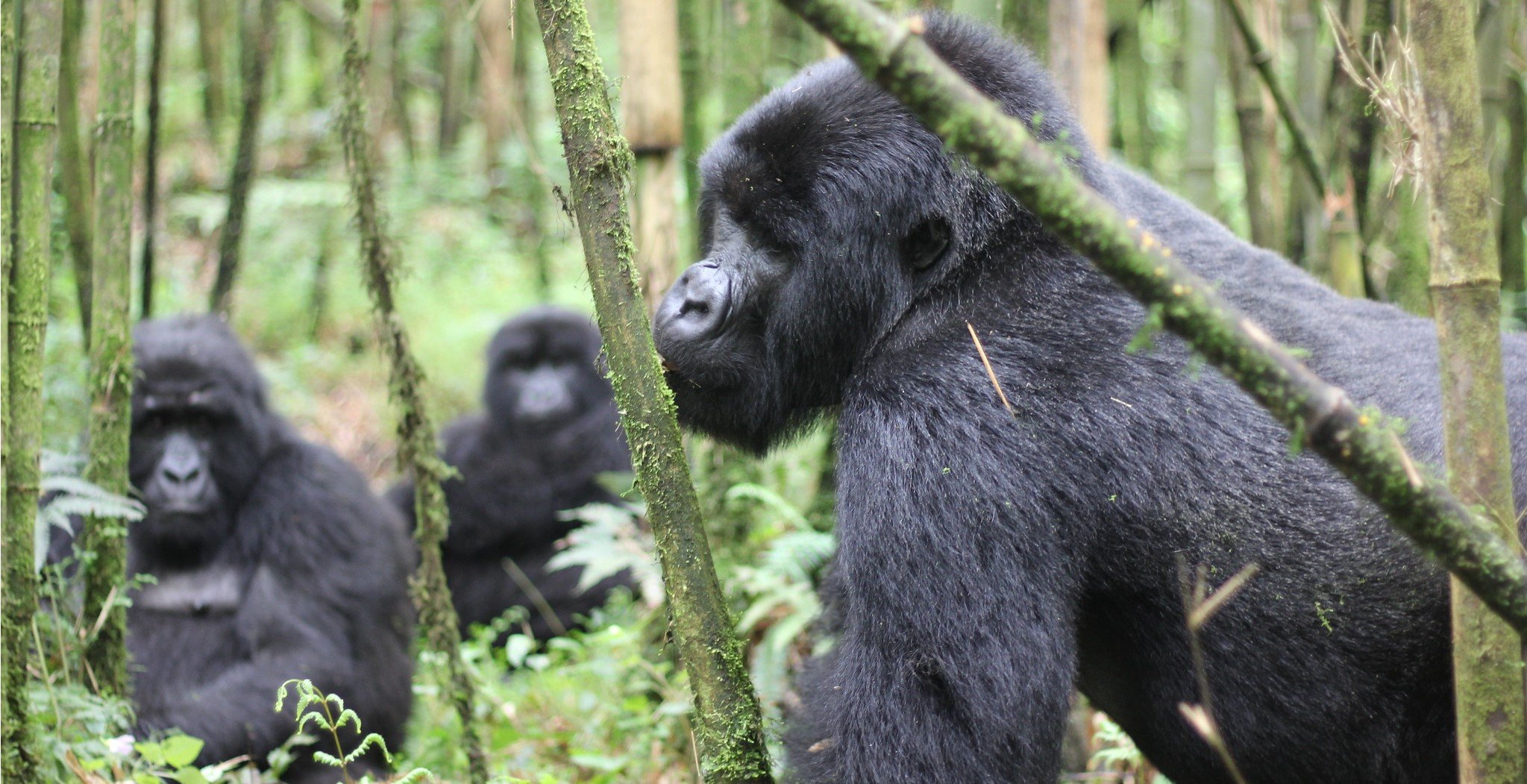 what do you call a group of gorillas

What do you call a group of gorillas? a group of gorillas is called a troop or a band. Gorillas live a social life in the tropical rainforests. These gorilla groups are also referred to as families. A group of gorillas consists of 5-30 members including the silverback, females and their offsprings and sometimes a few more males. The group is headed by a strong silverback that is in charge of members’ security and is the only one who mates with the females. In case another male in the group attempts to mate with his females, it is seen as disrespect so they engage into a brutal fight and is pushed out of this group to go and form his own gorilla group.

Mountain gorillas do not survive in captivity and therefore there is nowhere else you can see them apart from the above mentioned parks. It is said that between the 1950s and 1980s, poachers were paid by zoos to snatch mountain gorilla babies from Uganda, Rwanda and the DRC which they did after killing the adult gorillas but the gorilla babies did not survive.

There are habituated gorilla groups in each of them and they are always available for trekking throughout the years. Bwindi impenetrable forest has the largest population of gorillas and the highest number of habituated groups of gorillas than any other of the above national parks. Tourists to this park have 98%chances of seeing these impressive cousins of theirs in the forest after an adventurous hike.

Bwindi impenetrable national park is divided into 4 sectors where gorilla trekking takes place. The gorilla groups above are found in the different sectors and tourists are allocated to a group depending on the kind of experience they wish to have in the forest. some gorilla families are located in areas that are steeper compared to others and would therefore require more energy in hiking while others are located in closer and less steep areas and would therefore favor people who are not good at hiking.

What is a group of gorillas called

Things to do after gorilla trekking in Uganda